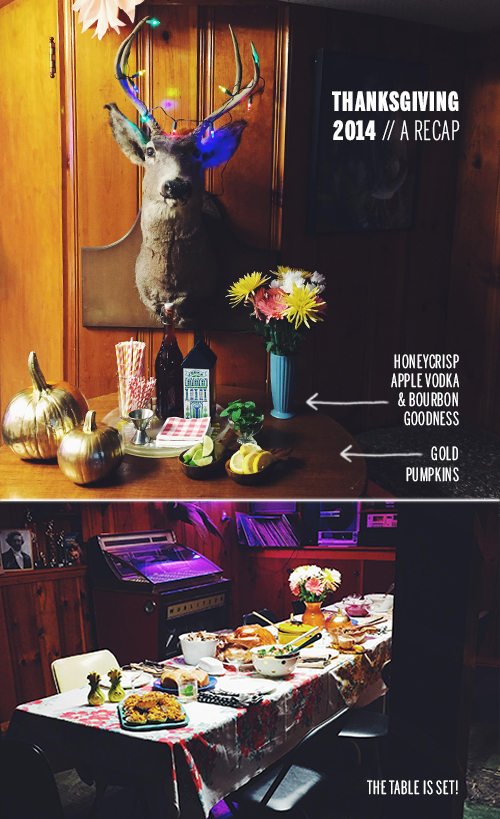 Change is good, right?! This year Thanksgiving was a different one for me. I stayed in Michigan (instead of flying to Minnesota, like usual) and cooked for my boyfriend, his parents, da roommate, his mom, sister and aunt. So we painted pumpkins gold, bought cloth napkins, planned out the menu, put a wreath on the front door, and lugged tables to the basement bar. 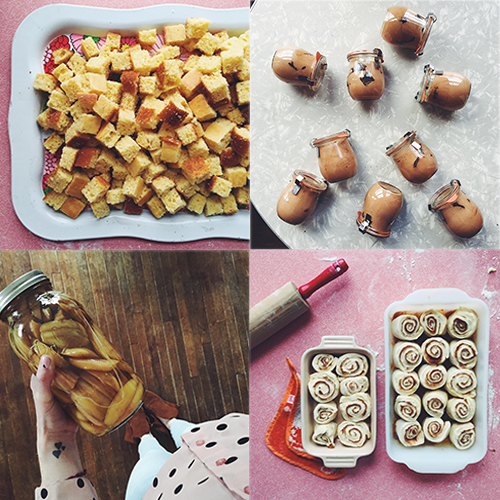 I did a bunch of prep at home. Things like making, drying out corn bread for stuffing, assembling bb bourbon mousse parfaits, infusing vodka with honeycrisp apples for seasonal Moscow Mule-ing, and making cinnamon rolls for Thanksgiving breakfast. (Breakfast is important too! Cinnamon Rolls are people too!) 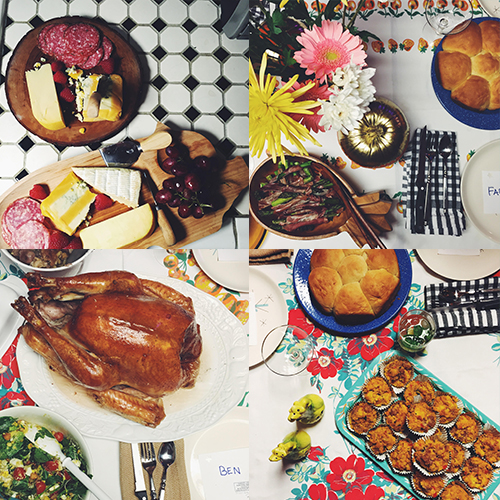 So we feasted and drank champagne and beers and Moscow Mules. We sat by the fireplace and ate tasty cheese and sugary pecans, and it was fun!

That glorious turkey was cooked by my boyfriend’s roommate. Doesn’t it look majestic? Some other menu items shown above include: cornbread stuffing muffins, funfetti salad, prosciutto-wrapped roasted asparagus, and potato rolls. 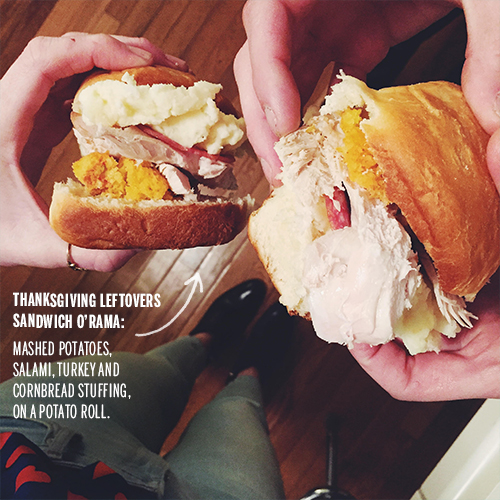 This sandwich was so good that I wanted to eat 3 in a row. (I settled for 1 1/2 and was full for hours. I still mustered up a cheese plate, tho.)