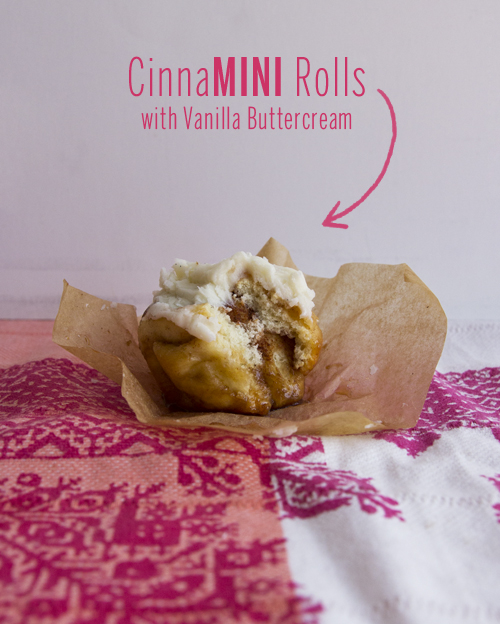 You guys. I totally took cooler pictures of these and then deleted them off my camera like a real amateur. BUT let me tell you about them. I’ll paint word pictures. So for these guys, I simply halved my mom’s cinnamon roll recipe. And then I divided that dough in half again to make 2 dozen mini cinnamon rolls (a dozen for each half). I’m just going to say that I couldn’t have done that if I tried, but in my casual, sleepy-eyed, Saturday morning way I was able to cut exactly 12 rolls out of each half, and I was all “Whoa, Elliot check that out, man.” 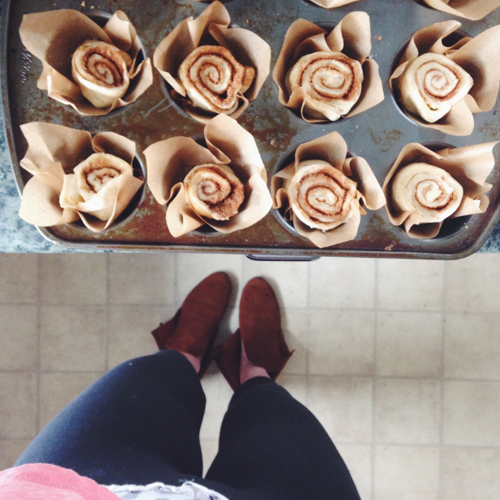 I used parchment squares like my girl over at The Fauxmartha. It makes it so easy to snatch a cinnamon roll for the drive to work, the walk to get coffee, or to pass out to your neighbor and his girlfriend, or to mostly just give to a hottie. BUT just know, that these rolls come together so quickly! Just one minor detail… make the dough the night before. It has to rise in the fridge for 8 hours, but in the morning, once they’re rolled out, it’s all wam-bam (30 minuter rise time) thank you, ma’am.

So make these for the next person who walks into your life loving cinnamon rolls. I promise, it’s a winner.

P.S. Unrelated… I keep listening to this song. Sad love, man. But it’s a good one anyhow. 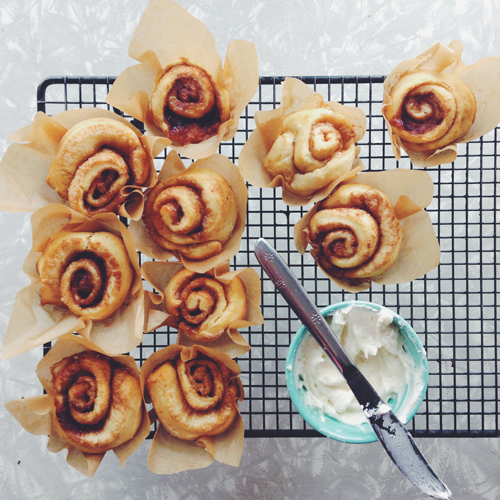 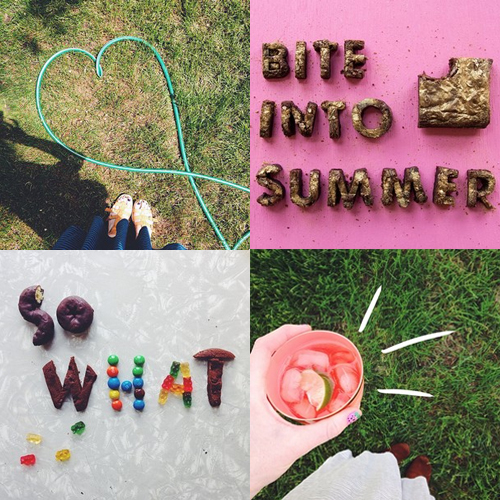 I’ve gotten to a point in my adult life where I just want to drink in backyards and make words with food.