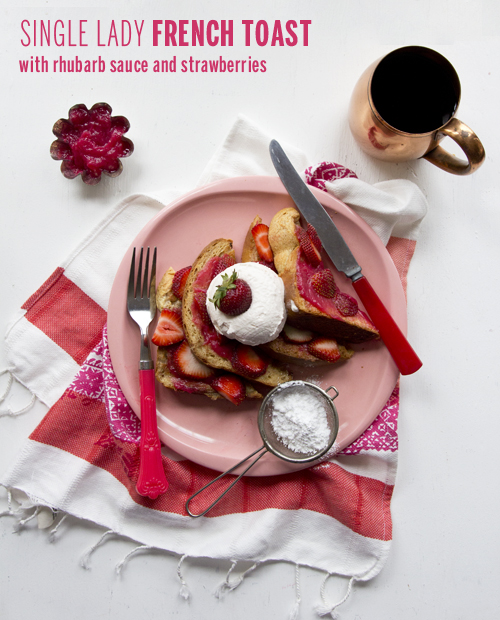 There was a dark time in my life where I didn’t like French toast. I’d had too many soggy, weird, egg-y situations. Even out on the town, it was disapointment-ville. BUT then I learned the secret. A combo of using stale (homemade) bread that will keep it’s cool when under pressure or submerged in liquid AND, secondly, infusing the milk. Why dunk your bread in plain old milk, when you can infuse it with a vanilla bean and cinnamon? I’m also a major advocate for beating the egg into the milk mixture to avoid that weird scrambled egg border of DOOM.

Spring fever side note: Rhubarb finally arrived all hot pink and perfect at my grocery store. I walked in as the produce dude who I’d asked about it the week before (I’m Saturday regular) was putting it away and he was like, “Hey! Perfect timing!” That rhubarb turned into a revelation, you guys. Seriously. Take 20 minutes to make this rhubarb sauce and you might never look at French toast the same. It is seriously the best. Put it on toast, sundaes, pancakes, waffles, cheesecake, shortcakes and in cocktails. I’m being serious. 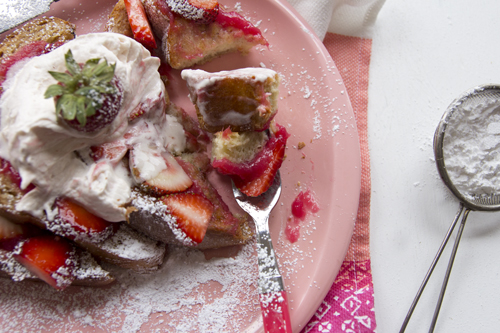 The moral of the story is this: French toast is the bomb and living on your own is no excuse to eat a sad weekend brunch. I mean, honestly, you are awesome, you deserve it. Have a mimosa or a beermosa and whip this up.

While this is indeed a single portion (for me) it could totally feed you and a hottie, if you serve it up with some bacon and eggs. Beware, I am a breakfast champ like Ron Swanson. Even though he might find this french toast too ladylike and not bacon-y enough, I feel I could take him on in breakfast eating contest. (What am I saying? He’d totally win, but I’m still a super-champ.) 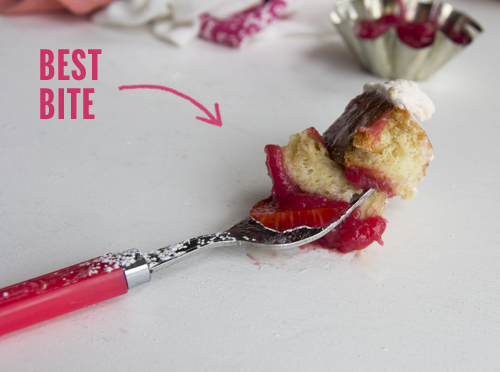 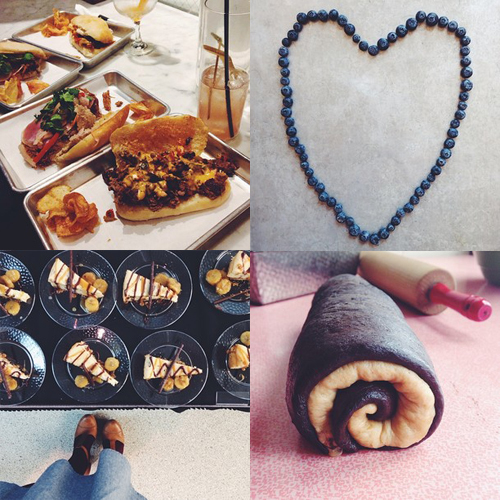