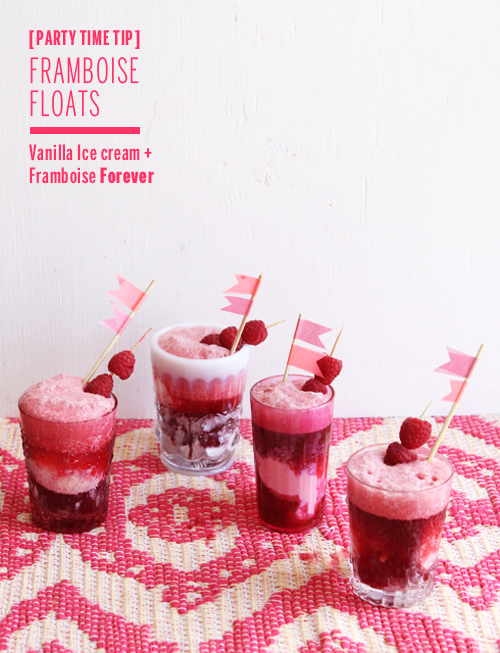 Hey Guys! I want to start doing a little quick party time tip type post here and there. And this little dessert is one of my favorites. It’s the easiest thing to get together if you’re having a few friends over and want to have a tasty dessert that looks/tastes awesome without much effort at all.

The truth is, I should’ve brought these to my friends’ house for pizza the other weekend… 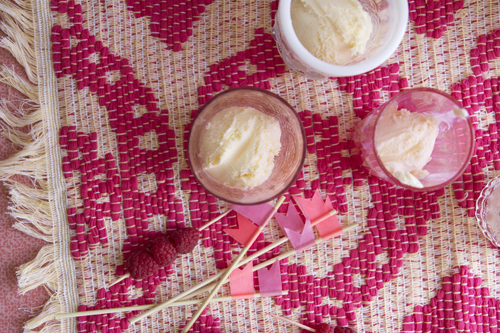 You see, I was going to make a Guiness pudding pie, and I somehow ruined the pudding. It broke and separated and was awful. So I tried to make another simple chocolate pudding and messed up THAT ONE too. And at this point there was major time constraints… I ended up putting that cocoa puff ice cream I made in the pie crust, topping it with fudge and sprinkles and hoping for the best. And the pie was ok, but did NOT slice cute. I totally got embarrassed cutting it with everyone watching me.

So next time the pudding fails pile up with the dishes flee the scene and pick up some framboise, vanilla ice cream, and some party straws. I promise these will be a hit! 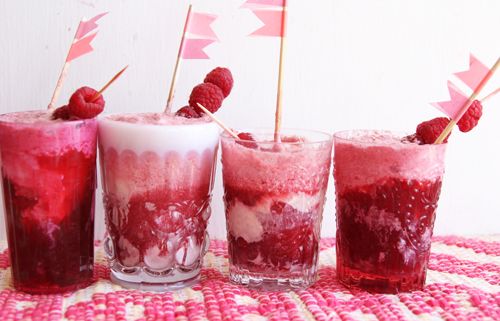 P.S. There’s no recipe pdf because let’s be honest, this is just too darn easy. 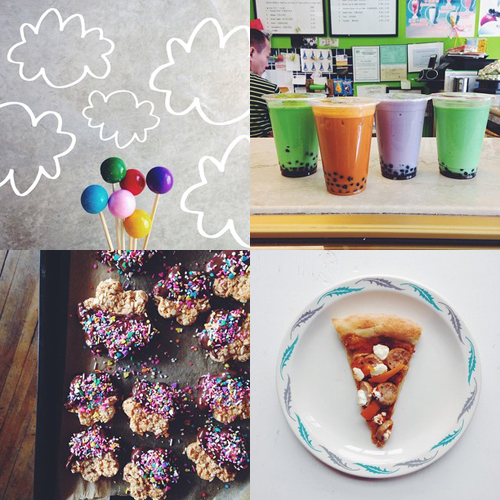