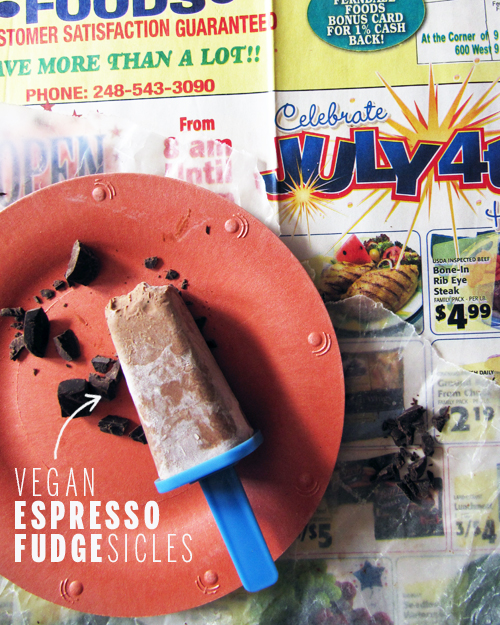 I’m feelin’ pretty good this week. I’ve been making tacos and quesadillas and drinking ginger grapefruit beer (the redhead of beer) the whole time. I’ve been having a fudgesicle for dessert after lunch. I’ve been walking Elliot in the morning, and not running in my shirt that says I run. I’ve watched sad-ish movies. I’ve been painting my nails and then switching the color. (Commitment issues.) 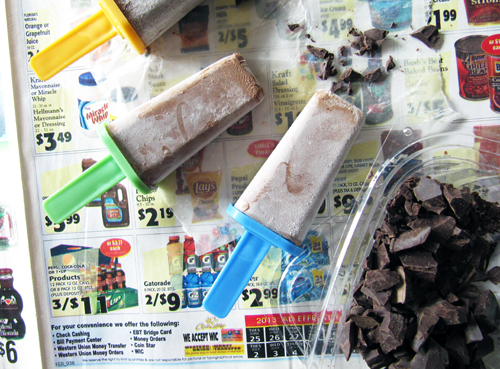 So it’s time to make frozen everything, you guys. It’s too hot! It’s almost too hot to crisp up tortillas. It’s even almost too hot to make a salad! So let’s eat popsicles in the backyard. Every. Single. Day. Let’s lounge directly in front of a fan and read magazines. Let’s just chill out, literally.

P.S. I’ve made fudgesicles before. I wanted to re-make them coconut milk though. Because you see, I’m obsessed with chocolate coconut milk ice cream. And because I want to be able to eat two a day, ya know?

P.P.S. I took next week off work! Rumor has it, it won’t be as hot. I want to make brunch every day and nap every afternoon! 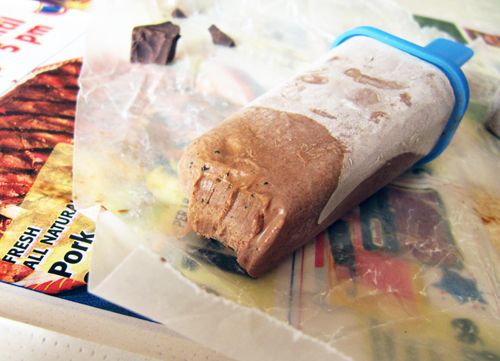 *This should say that I complicated things since her pops were just 2 ingredients, but I’ve had espresso fudgesicle hopes and dreams! Feel free to taste and flavor however your summer-time heart desires! 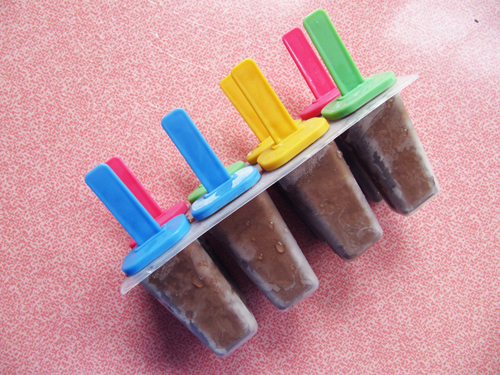 This is my dainty little popsicle mold from the Target dolla holla section.