The fellows from Baked warned me in Baked Explorations about how good this bread is and how it’s easy to eat a lot of it. So, I’ve been waiting to make monkey bread for when a group of people would be over. Our annual Valentine’s brunch party was the perfect occasion! 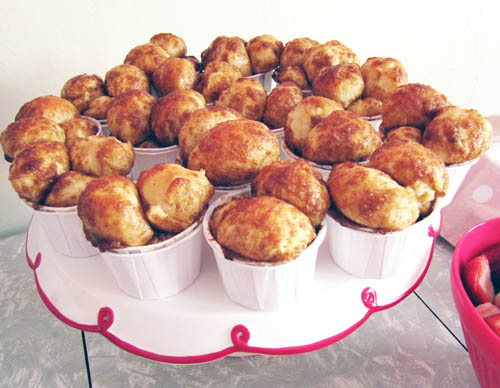 I decided to make minis because I’ve noticed that when people come over they don’t want to work for their food. They don’t want to slice coffee cake or cut a quiche, they just want something they can grab easily and chomp away. 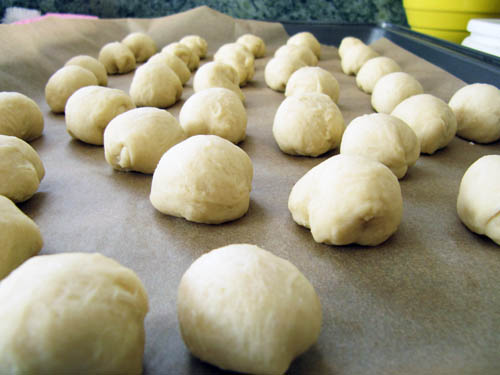 I made these in those cute little nut cups  you can get at Party City or a crafty store even. And it was awesome because cinnamon sugary goodness stays is in the bottom and it ensures every bite is a super dreamy one. 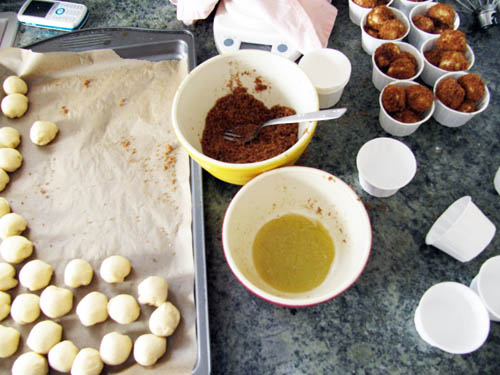 I used a fork to dunk the dough in the butter and then in the sugar. That way they are the cinnamon-sugariest! And if you want, you can do what I did and assemble them the day before and refrigerate them over night to bake in the morning! 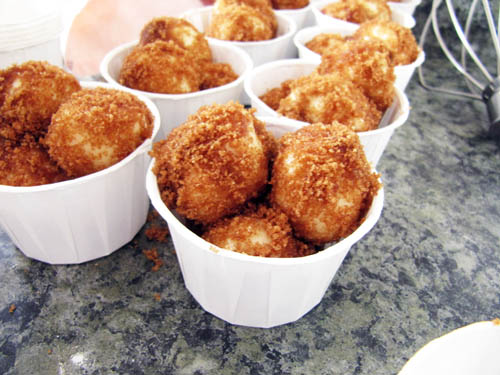 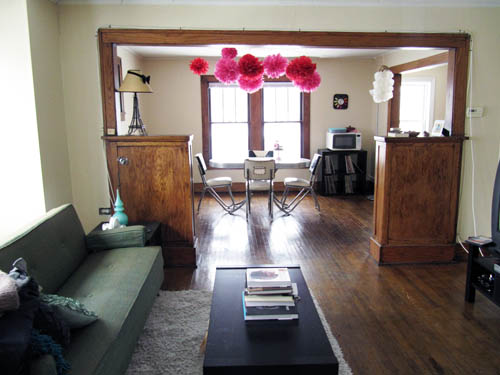 Pre-brunch decor. I hung the pom poms up as I made them!