Jake’s birthday was Friday! These guys, made Saturday, were fashionably late. 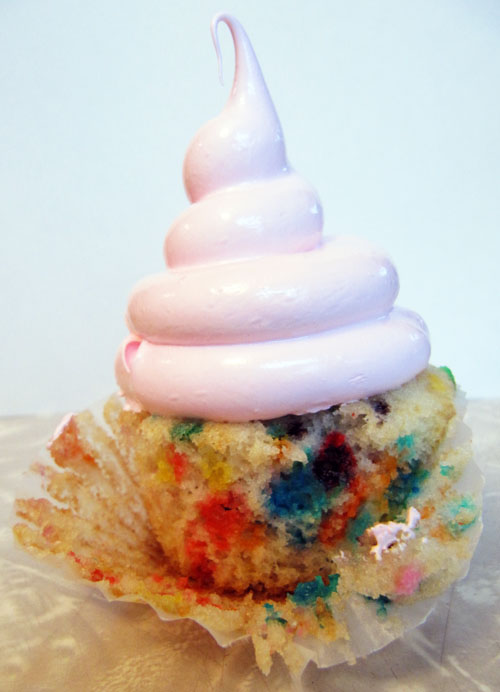 Wouldn’t you agree that the combo of funfetti with pink frosting just screams birthday? Basically these are a birthday party for your mouth. (In a fun way, not a creepy way.) 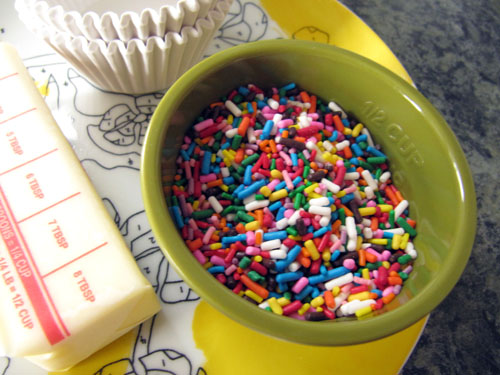 Rainbow sprinkles are the prettiest. And somehow they get even prettier baked in white cake! 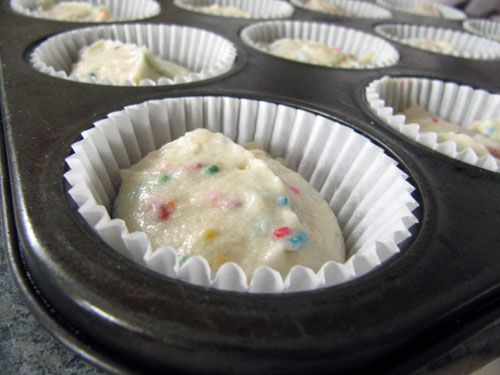 This cake is white because there aren’t any egg yolks in it to turn it into yellow cake. And the teeny bit of almond extract mixed in really makes these taste like the funfetti I remember. One batter-sample and I was sold. Whats-a-batter-with-you?

(Jake took that picture down there. See his shoes? He’s such a helpful guy.) 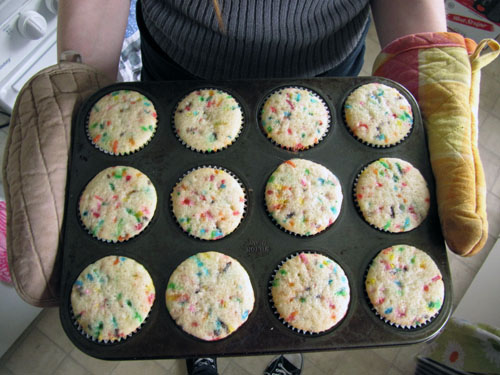 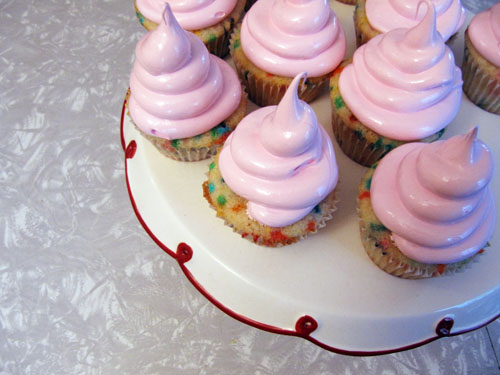 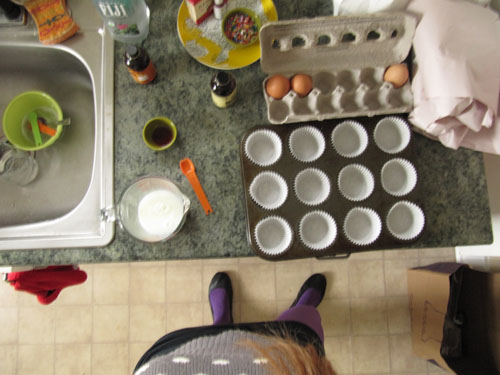