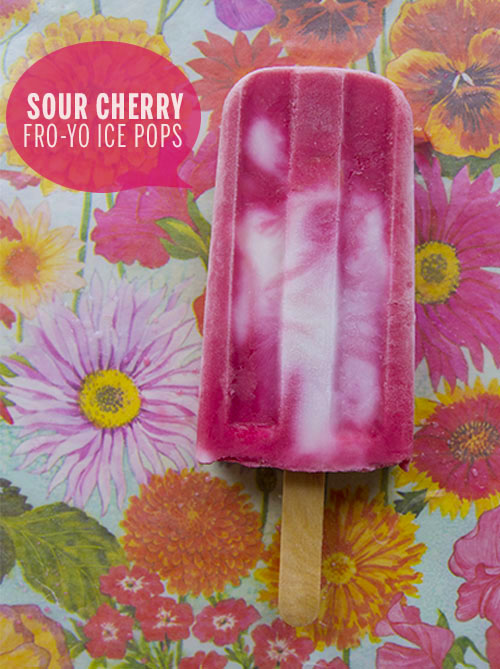 I’m really excited about these. Almost as excited as I was on Friday when I won 100 tickets at the arcade. Almost as excited as when I won a Hip Hop Banana stuffed toy thing-y from that claw game that it’s impossible to win at. Way more excited than the personality test that said I as both jealous and uncontrollable. (Rude!) And I guess, pretty much on par with the excitement I feel towards trading the Hip Hop Banana for pineapple sunglasses. I mean, I’m just really crazy about these. 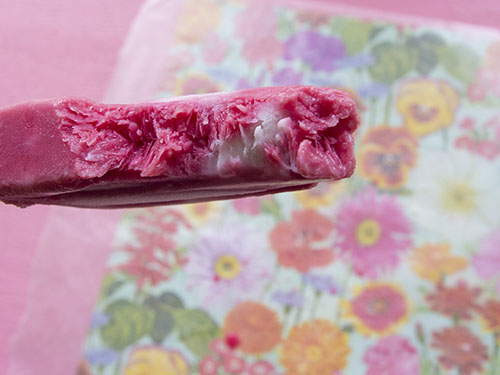 Sour cherries are in season for a hot minute, and I’m lucky to have made it to Eastern Market on their last day there! I’m a little mad that I didn’t buy double (or triple) the amount that I got. BUT I feel super good about what those cherries I did buy turned into. It’s ok if you can only find the frozen guys. It’s alright if you freeze this into a granita because you don’t have popsicle molds. You see, it’s just that these taste like frozen cherry pie, and they should be eaten on the way to getting a popsicle tattoo and they should look like quartz inside.

So just please do your very best to get your sour cherry on before it’s too late! These might change your popsicle world. And they might make you as happy as surprise tickets from the arcade that were hidden in your pocket when you least suspected it! 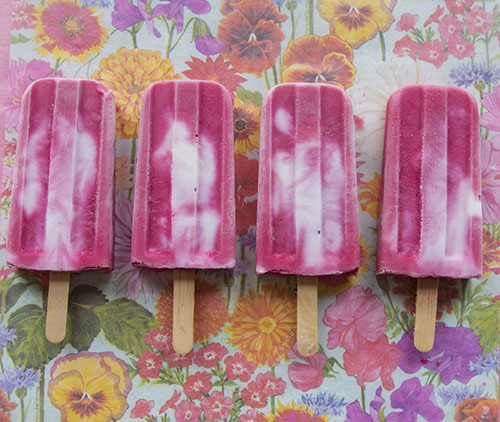 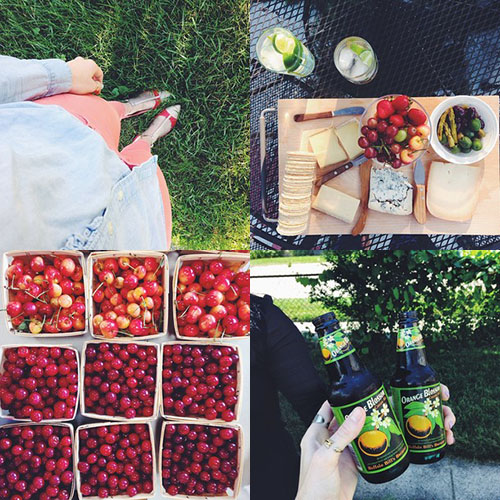