This ice cream happened because of a text, my girl, JD sent me from New York that said, “I’m eating cider mill donut frozen yogurt.” I knew immediately that I had to churn up some donut dreams.

And I’m going through a crisis… You see, I ran out of this ice cream last night. I’m seriously thinking I need to go buy more cinnamon sticks and get this going again. Now if only I could finagle a cone made of donuts for serving… 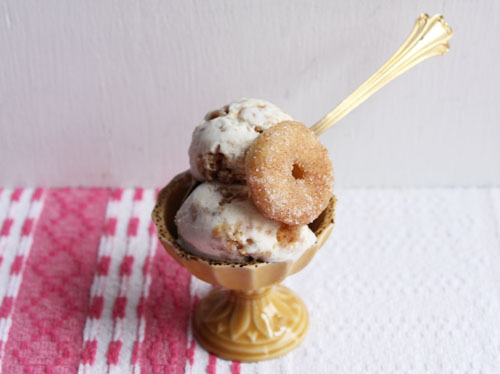 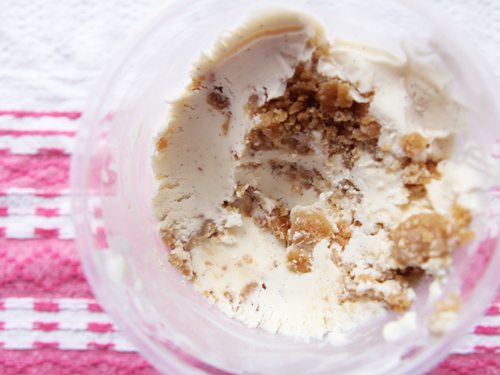 Yay! Click HERE for a printable pdf for the recipes above. 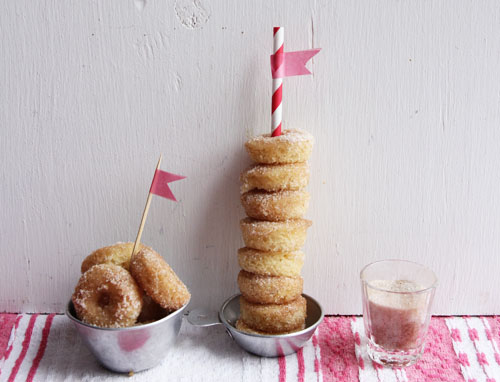