I remember this episode of Garfield from when I was a little girl where there was free ice cream in the park, and he kept going back for more by wearing a fake mustache, a hat, sunglasses, or other various disguises. Speaking of disguises. This is a dessert disguised as breakfast. Make it for house guests this lovely Labor Day, and you’ll be glad you did. People might even put on fake mustaches when they go get piece number three. 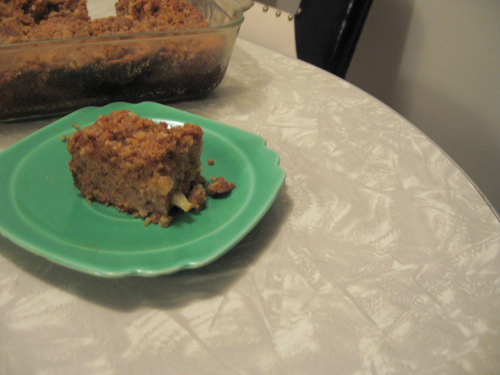 I thought about remaking this into muffins…but there’s something about the middle piece of a coffee cake that held me back. I’m not always a fan of apples baked into cakes, but this is delicious. It’s a brown sugar cinnamon cake with crumbled goodness and then even more brown sugar drizzled on top. I happen to love brown sugar and the glaze put me over the top in my need to make this. I was daydreaming about it, and it sure didn’t disappoint. 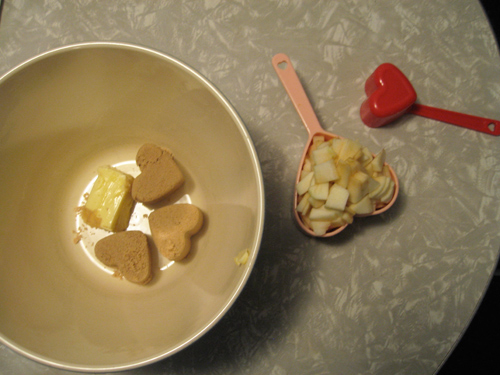 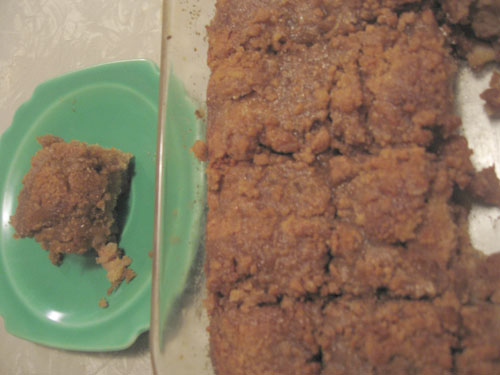 The smell of this baking is like going to the cider mill for the first time when the leaves start changing.