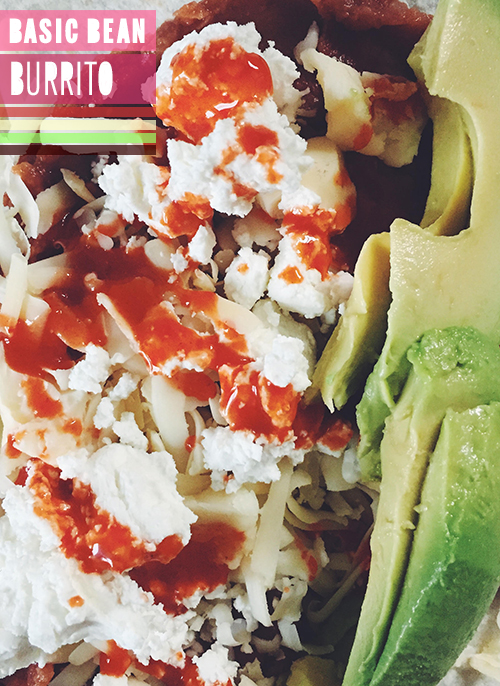 I wanted to call this the Brokea$$ Basic B#%$ Burrito. But Basic B. will work. (Bean is it’s middle name.) I told my bf about this and was like, “I might post it, but it’s so silly-easy.” He said it’s not basic, and sounds good. And I think he knows a thing or a million, so here you go.

You see, after I had food poisoning a bit ago, all I wanted to eat was toast (with butter and peach jam) or burritos. I wanted people to be like, “Hey girl, you look great?! What’s going on?” So I could say, “On the toast and burrito cleanse, don’t worry about it.” Even tho I was on that said cleanse after not eating really anything for 3 days kinda. Had to make up for those lost calories somehow! 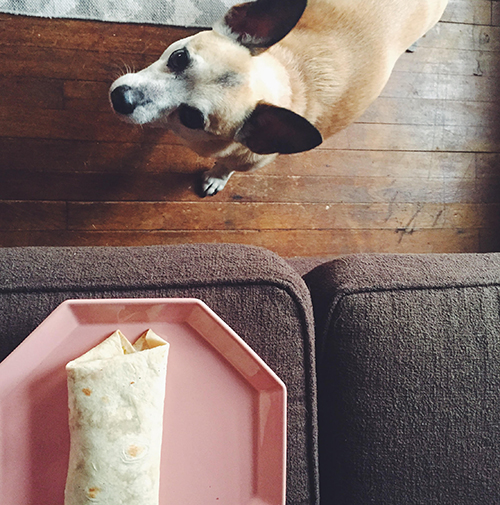 Just know that this is easier to fold than a fitted sheet. That it’ll make your dog jealous. That your lunch will be one you dream about as soon as you put that foil wrapped little dream in the fridge at work. It’s basic, it really is, but mostly it’s delish so whatev. Follow your heart and pack it with as many tasty things as you want. I think sweet potato, grilled corn and red pepper wouldn’t hurt anybody’s feelings. 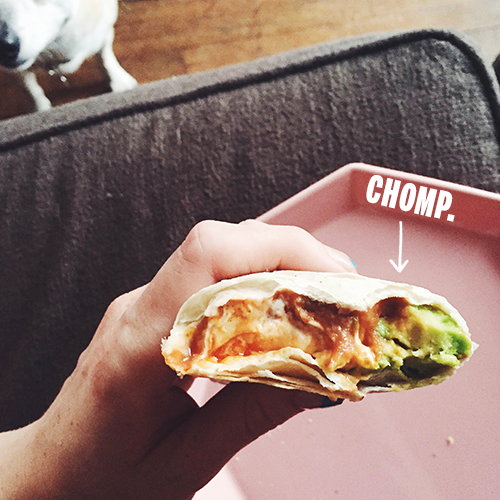 P.S. There’s no PDF for this “recipe” because let’s be real… it’s kinda a thing that could be made in a microwave if I hadn’t thrown mine away because it wasn’t cute and my kitchen’s too small. 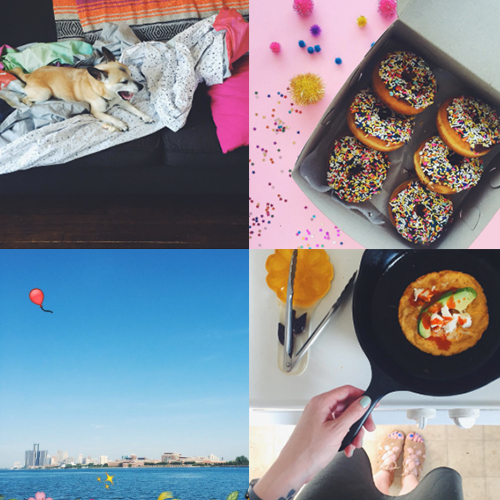 4 thoughts on “Basic B. Burrito”