Did you know that chives are just baby green onions? Know it. You’ll be ready when the “Baby Vegetable” category pops up on Jeopardy.

I had to sprinkle these guys with pepper after they were done, instead of pre-baking. You see, I broke the pepper mill and pepper was everywhere, but on the quiche. Jake went out and got some though, and there was plenty of pepper involved pre-eating.

These guys are cute, pretty and delicious. What else matters? 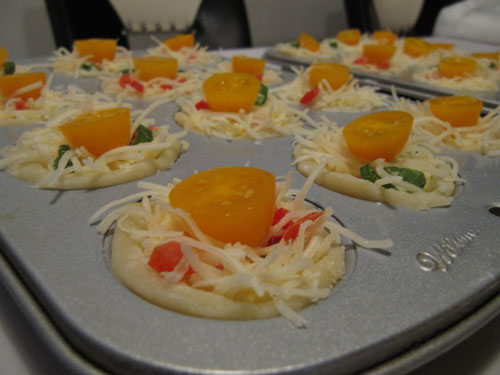 * Squeeze out excess moisture from the pepper, by gently squeezing in a paper towel.