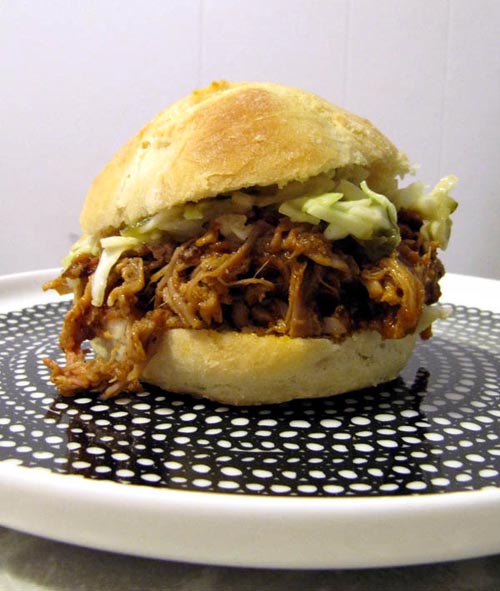 Jake’s a really good cook. Did you guys know that? He even makes dinner three out of the four nights that he’s not working. It’s pretty nice of him.

That up there is what he made Tuesday. It’s an Oklahoma chopped pork sandwich topped with a vinegar based coleslaw. I made the Denver Biscuits, but the rest of it was all Jake. That meat was pretty much a full day of work too. It smokes on the grill for 4 hours and braises in the oven for about 2-3 hours and next thing you know, it’s a dream. He even made the BBQ sauce, using this recipe over at Delish.

So, basically, I’m a lucky lady. 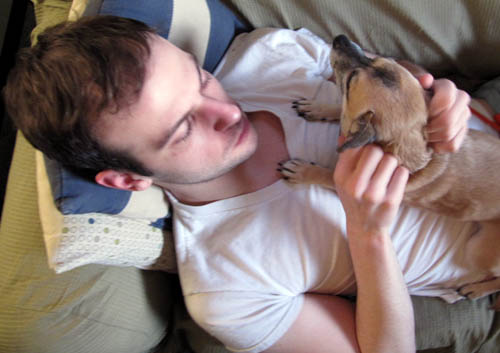