My thanksgiving was so bright I had to wear shades. 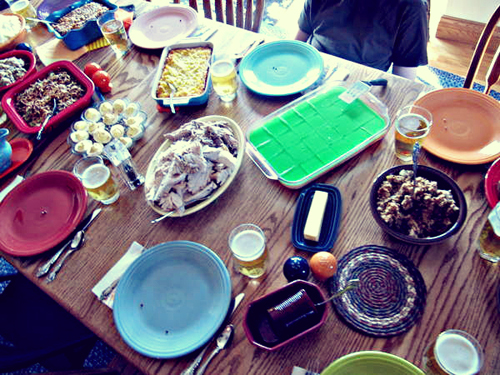 And it was delicious. See that jell-o? It’s a rainbow under that green. My nephews love it. My niece can’t get enough of it. There was also The Pioneer Woman’s sweet potatoes, in that blue dish back there. They taste like what sweet potatoes should taste like as dessert… but as a side dish.

On each plate there are two kernels of indian corn. Every year we pass a cup around and say two things we’re thankful for and put the kernels in the cup. (I said Jake and Elliot, of course.) 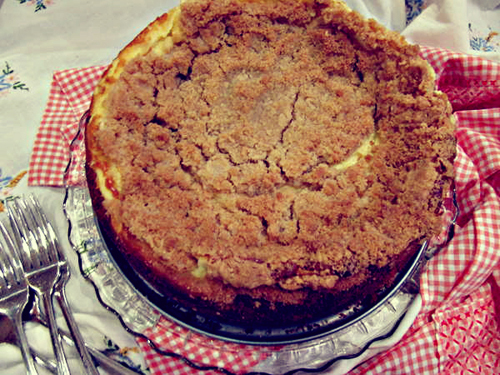 For dessert my mom and I made Dutch Apple Cheesecake, Pumpkin Tiramisu, and (of course) French Silk Pie. 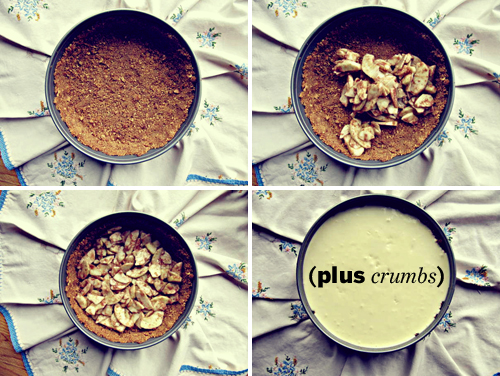 The goal was for this cheesecake taste like our favorite apple pie, and it totally did!  It was a bit tall for our pan and might’ve had love handles in the oven at one point… But it worked out; the love handles fell off and we got to sample those bits!

This cheesecake was totally fun to have after our thanksgiving feast. I’d like to make it again at home! 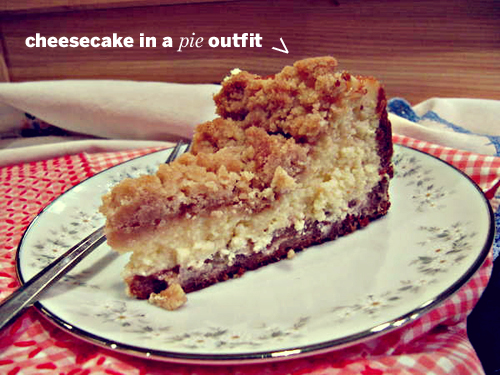 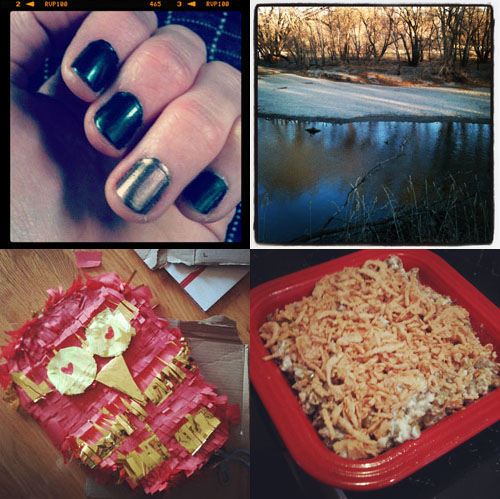 *Similar to this recipe, but with parmesan and asiago cheese. And crunchy onions on top instead of cereal.

I’m going to give you a little dose of honesty here. Cream of mushroom soup really grosses me out. If it creeps you out a bit try this method! The truth is, this recipe puts that silly gray soup casserole to shame! 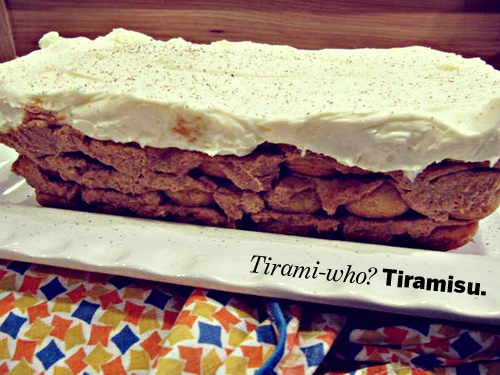 This pumpkin tiramisu made me so happy. And it also made me think that tiramisu is really just the Italian version of banana pudding. Both involve crunchy cookies that magically turn to cake.

This was such a fun and different dessert to have on Thanksgiving! (Thanks Heather!) Most dessert plates had a sampling of each dessert on it, and well, that’s just how it should be, I think.

I hope your Thanksgiving was a fun one! I know mine sure was. 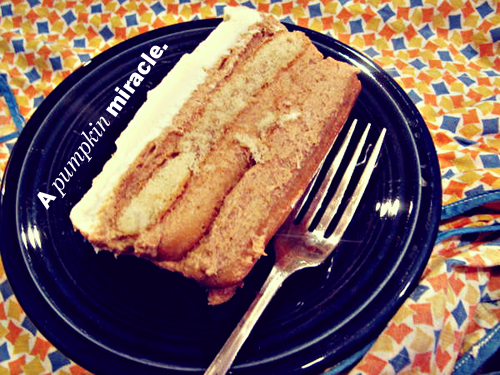 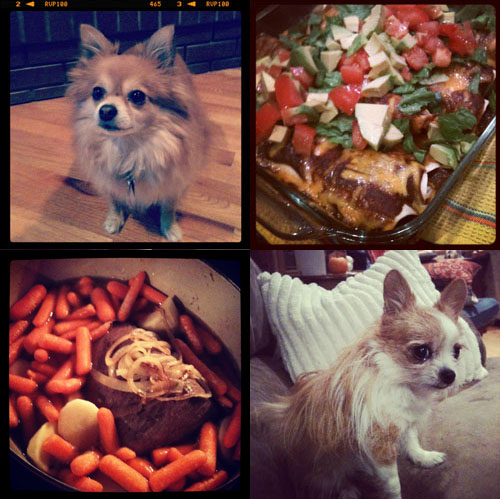