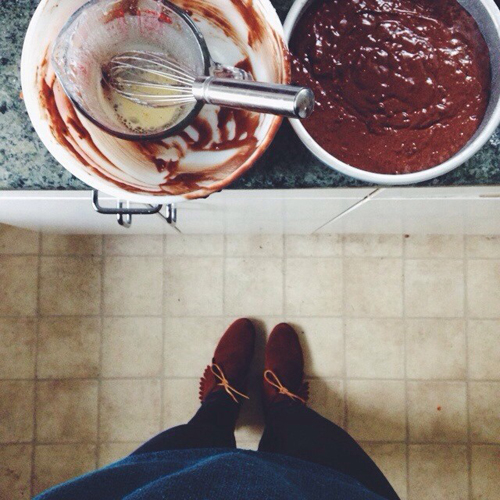 Christmas was full of cake, perogi, cinnamon rolls, and pizza. I guess I should’ve said Merry Carbmas, ya know? I made a cake for no reason other than that I was out of World Peace Cookies that Nicole gave me. I was having chocolate withdrawal.

I also knew I wanted to make my mom’s no-knead cinnamon rolls for brunch at my brother’s house.  The dough is super thoughtful! You just stir it all up and pop it in the fridge overnight, then roll it out in the morning! I filled them with brown sugar, vanilla sugar, and cinnamon. I also put brown sugar and butter in the bottom of the dish so that they’d have caramel tops when flipped out of the pan! I think I’ll make them every single year now. Traditions, yo! 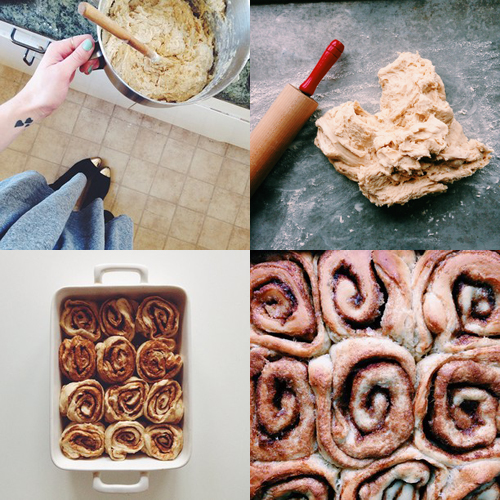 I went to my brother and his fiancé’s house for brunch. We ate corned beef sliders, lasagna, shrimp kabobs, and asparagus. We had cinnamon rolls and flan for dessert. I even got to hang out with their little Cavalier King Charles named Bingo. He looked fly in a sock monkey sweater.

So I asked Elliot if he’d rather have a new collar or a bed for Christmas and he said he always wants more spots for napping, so donut bed it was! I’m so glad I found it! 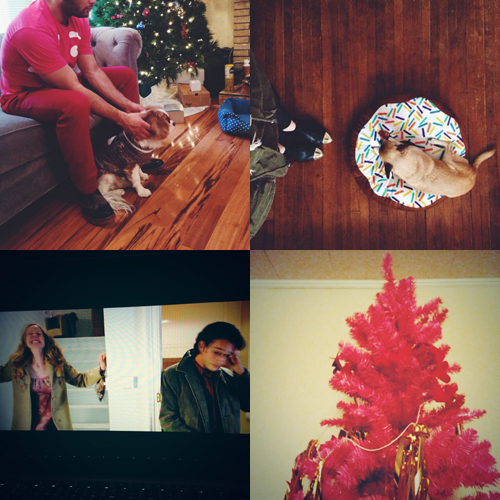 It’s not Christmas without Love Actually. There are so many parts that I can’t even handle their goodness! I mean, that little happy dance?! So cute. Oh! And this year I have a pink tree borrowed from my friend Pam. I’d like to think of it as a Valentine tree, ya know?

Well, my Christmas was super low key. Christmas beers were chugged, toes were tapped, and naps were had. I hope yours was a good one!