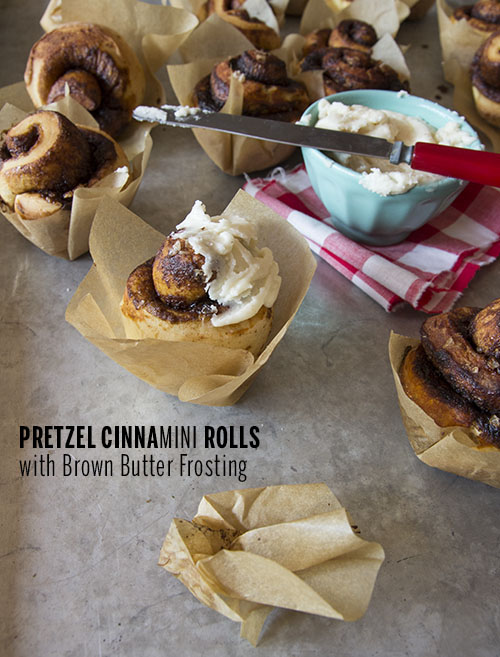 I learned that it’s not the best idea to grab a dog treat mid-run and put it in your pants pocket. Chances are you’ll forget to give it to the pup and will just launder it, ya know? I learned that storing a twinkie pan on the stairs is a bad idea. Especially when carrying laundry because then you’ll most definitely not see that pan and it’ll be a banana peel slip and fall situation. I mean, I’ve also learned that there are times when you should NOT ride a bike, but we won’t get into that. 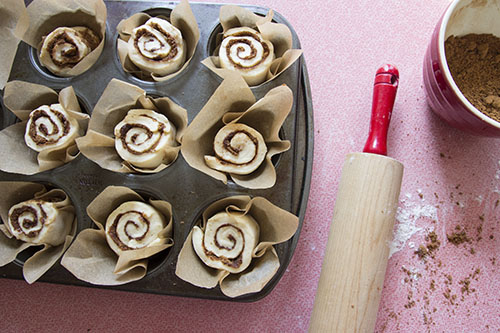 Mostly, I learned that brushing cinnamon rolls with a baking powder/water deal and sprinkling them big pretty sea salt makes them pretzel-ified. It’s kinda magic. I’d rather learn about this stuff than that other nonsense for real. So here ya go! Mini guys so you can eat 4 and feel awesome about it. 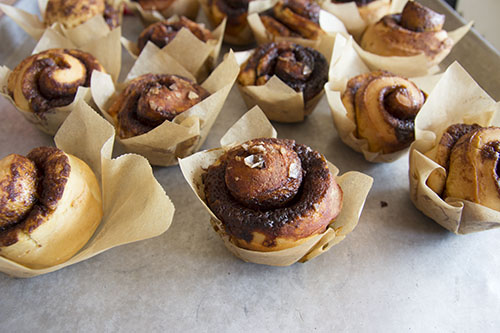 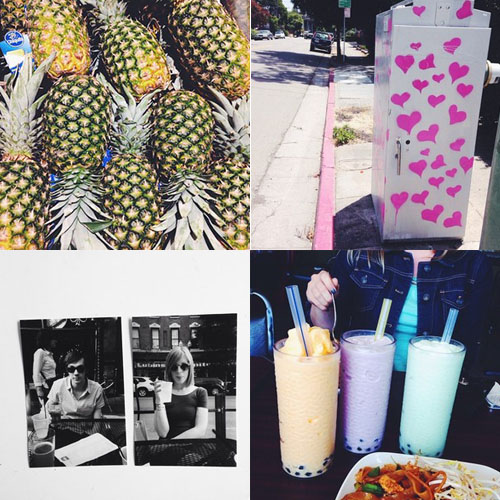