Lately I’ve learned that it’s possible to get sunburned in the shade, that one can fall in love with an air conditioner, and mini cheesecakes are a 3-bite miracle.

Milk chocolate cheesecake made with Belgian chocolate from Trader Joe’s is where it’s at. It makes this cheesecake the kind of thing you’ll take one bite of and then be surprised by how amazing it is. Not that I’m one to doubt chocolate, but jeez! 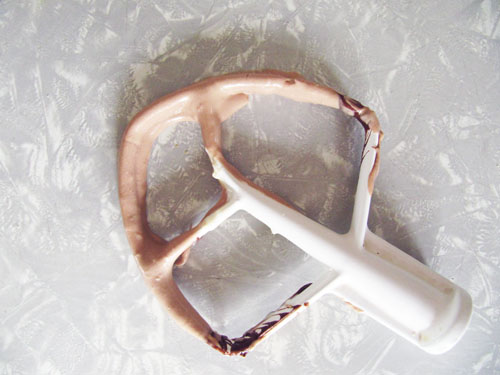 My paddle attachment could die a happy death after helping this goodness graduate from cheesecake school.

So the moral of the story is this: s’mores cheesecake is delicious, I’m glad it wasn’t 98° the night I made these, and you guys are the loveliest. 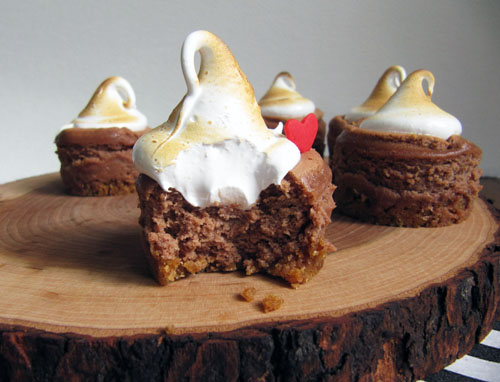 TIP: Minis can be made using regular sized muffin pans; line the pans with paper liners; proceed according to the directions for the minis. (It’s what Jaime did!) 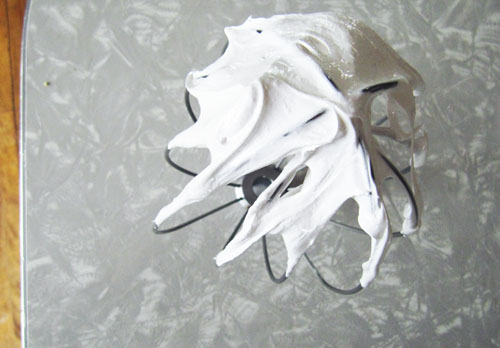 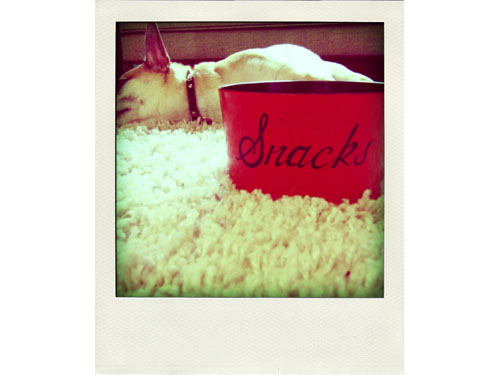 Elliot’s water dish is a liar. It’s filled with water, and not snacks.