There is love in the world. Real, sincere “all I need is love” love. And that’s why I love Valentine’s Day best, and it’s why I made these cinnamon rolls in heart shaped cake pans and it’s why I will proudly wear my new heart shaped sunglasses [Thanks Jacob!]. And it’s probably got something to do with the 3 teeny hearts on the inside of my wrist. There’s no big meaning to that tattoo, but when asked, I’ll tell you that the big heart is Jacob, the medium heart is me and the teeny one is Elliot. 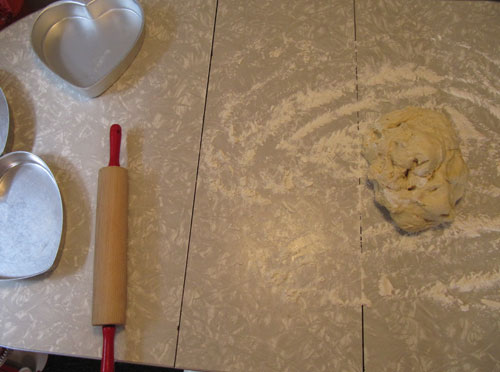 This is my third time making these cinnamon rolls. My mom coached me through the first attempt. I mean, it is her recipe after all, and I did grow up eating these on weekend mornings and weekday mornings and any morning they were around. 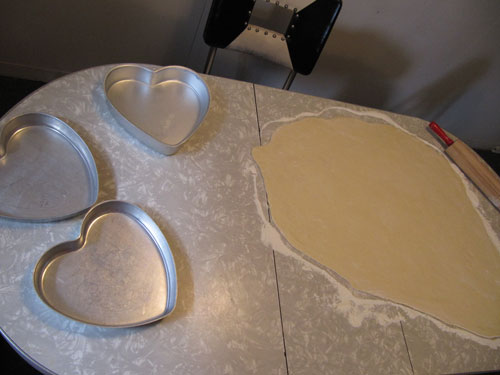 My second attempt was last Valentine’s Day. I didn’t sprinkle enough sugar and cinnamon in the middles. So this year I took it up a notch and switched to brown sugar in the middle. 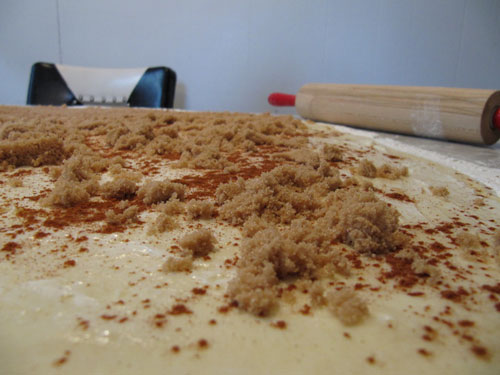 And I made sure to be generous with it. Handfuls of brown sugar + a sprinkle-fest of cinnamon. 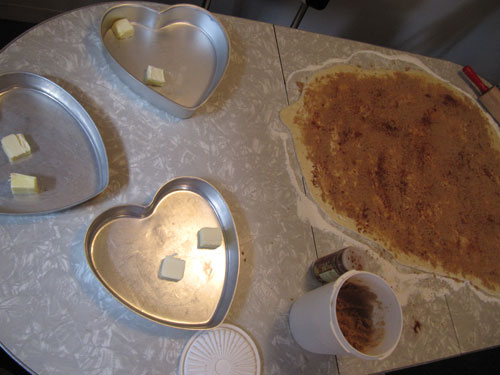 And I made them all with the brown sugar tops because that way is best.

My sister, Laura, would beg to differ. But what does she know? (Love you, Laura! You know a lot.) 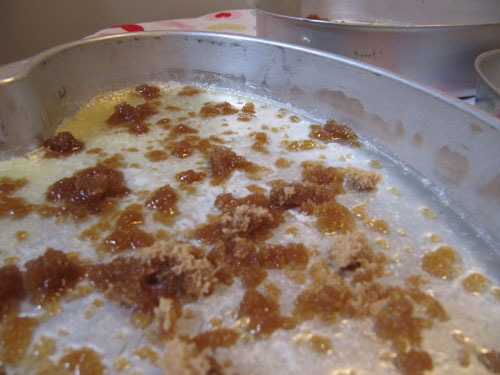 She just prefers them plain-topped with frosting, and I have to say that when it comes to cinnamon rolls, I’ll take them any way they want to be. Both are absolutely delish. 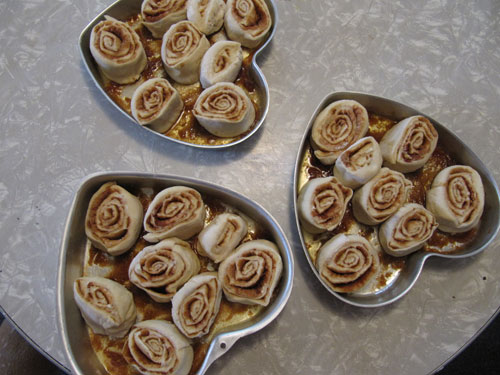 Cinnamon rolls are my most favorite. You should probably know that every food conversation I have with my friend Dayna somehow ends with cinnamon rolls being best. Every time. 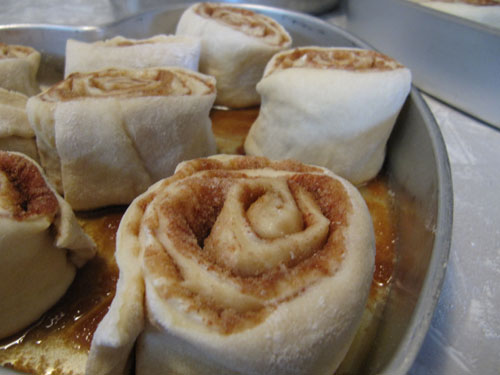 These remind me of being a kid, for sure. My mom’s always made these like it ain’t no thing. 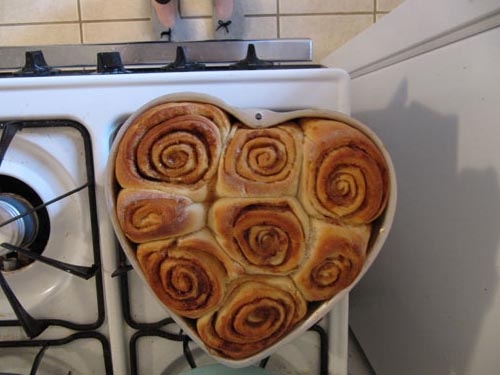 These are filled with love, cinnamon and brown sugar. There’s definite chemistry there because rumor has it, cinnamon and sugar have been spotted walking with their pinkies linked.

P.S. Please keep in mind the dough needs to rise in the fridge for 8 hours! Worth it though, for sure. Whip this dough up tonight and bake these fresh in the morning. 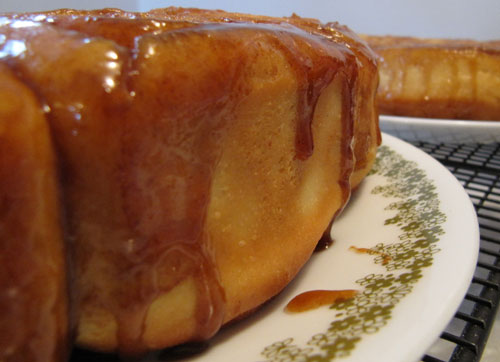 ALSO! For Laura-style cinnamon rolls, leave out the step where you place butter and brown sugar in the cake pans. Simply spray the cake pans with cooking spray before placing the rolls in to rise. Then you’ve got the perfect cinnamon rolls for frosting! I would top with a simple vanilla buttercream. Recipe below: