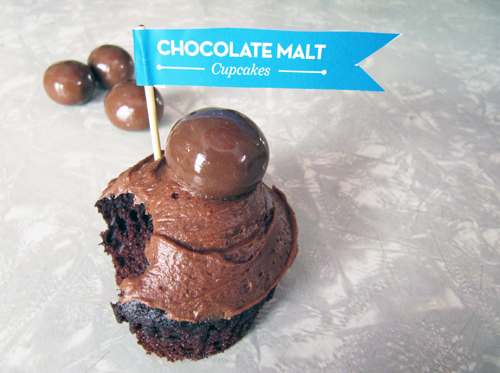 Did you know that malt powder is a magic ingredient? It makes waffles even better and it sure makes chocolate cupcakes irresistible. 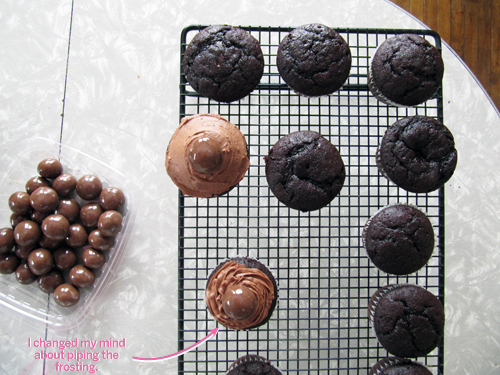 I made these for a birthday party. I topped them with little flags so if I wasn’t around people would know what they were getting into. The malt balls are super tasty on top too. You could always crunch them up to top the cupcakes. That’d be super pretty. 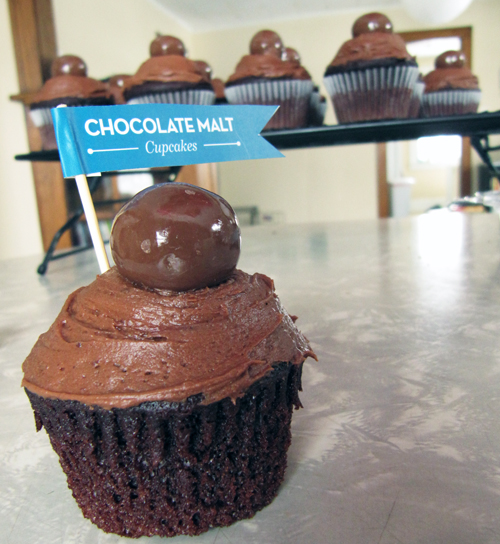 Would you like to top your cupcakes with snazzy flags? Download the template and print it out! Then just cut them out, fold the left edge over an 1/8th of an inch, and glue a toothpick in the fold. 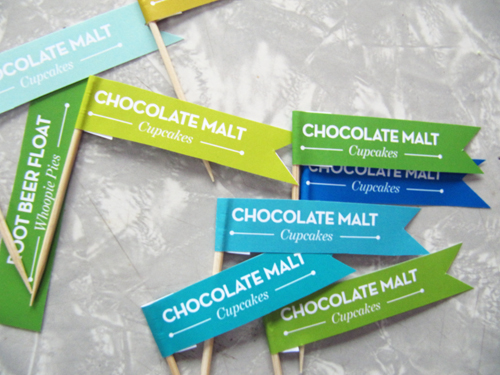 P.S. Do you see the clue about what the next post is going to be?! I made 2 soda fountain-inspired baked goods for this birthday party. 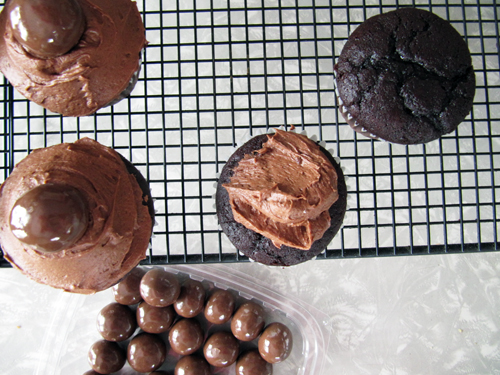 I just want to surf on that frosting wave.

* The salt in this frosting is what makes it the best frosting ever! 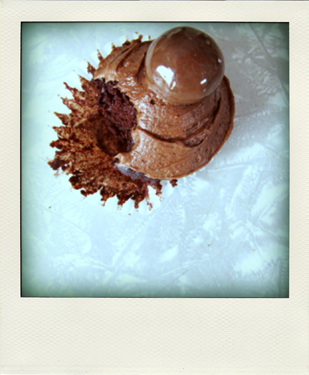 I took a megabite out of this dreamy cupcake. Big deal.