Root beer floats are super tasty. A week ago I was craving one like whoa. But can you believe no ice cream shop was open at 9:30pm? Uncool, for real. 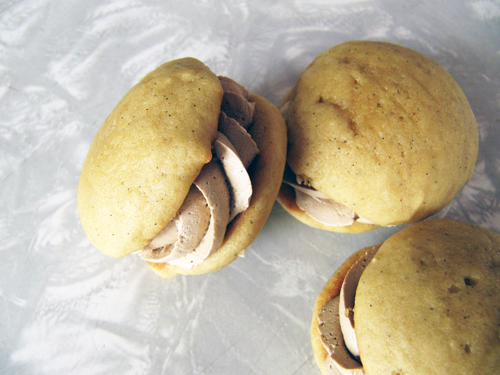 When I think of root beer floats, I believe that vanilla has to be a flava-flave that’s large and in charge. So I went with a vanilla bean whoopie pie with a root beer filling. 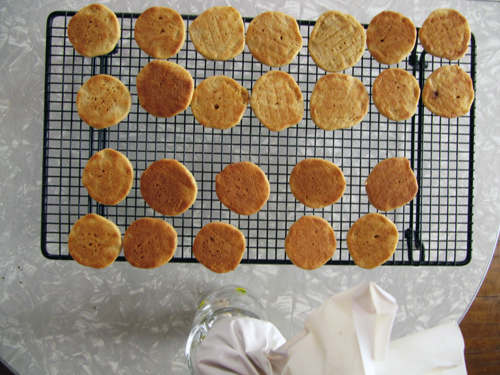 And then I wasn’t sure if it was root beery enough so I crushed up some root beer candies to roll a side of these in*. It worked out! And these tasted like the fountain beverage that I needed a week ago, on a Monday, at 9:30pm!

*The candy wasn’t pretty on the sides though! So I’d recommend putting the root beer candies in a food processor until it’s a fine powder and mixing it in with the frosting. 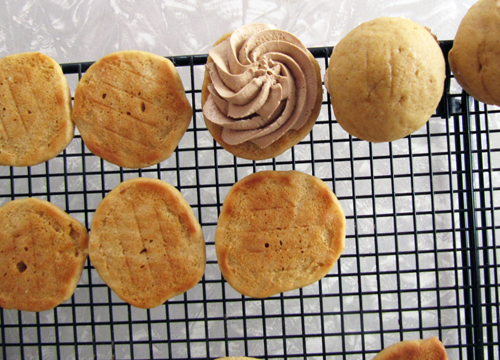 And since this was for the same birthday par-tay as those Chocolate Malt Cupcakes, I made flags for these too! You can download more fun flags down there, if ya want! 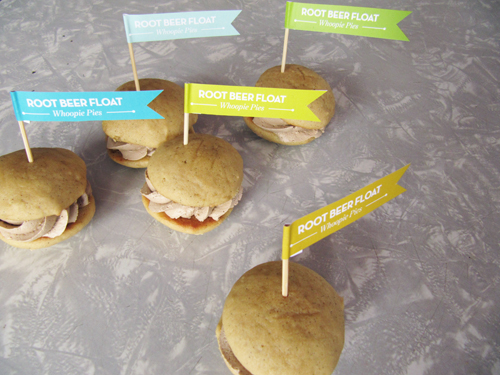 I have confidence in your flag assembly. The truth is,  I bet you guys have better scissor-skills than I do. 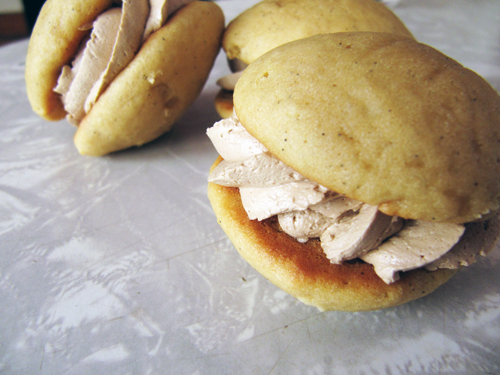 Assembling:
Pair up the vanilla whoopies up by size. Pipe the root beer swiss meringue buttercream onto one of each pair and then top with the other whoopie. Press together slightly so the buttercream reaches the edges. Top with a flag. 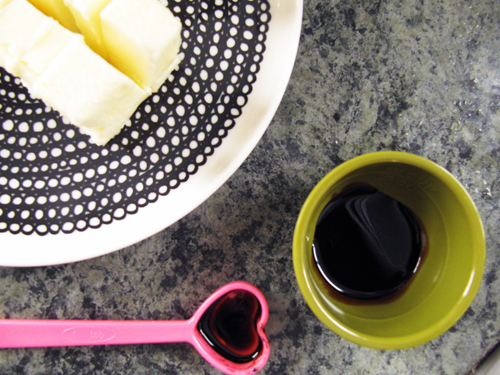 * If you don’t have a food processor you can place the candies in a gallon bag and crush them with a hammer. Sprinkle them on top of the frosting before topping.

TIP: For more help on this buttercream and step by step photos click here: Whisk Kid 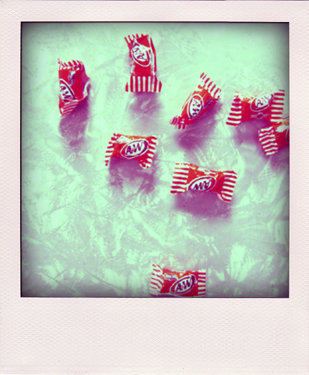