Thanksgiving happened! I helped my mom by making the green bean casserole, peeling potatoes, forming the rolls, confirming that turkey was getting a nice bronze tan, and by making this cheesecake. 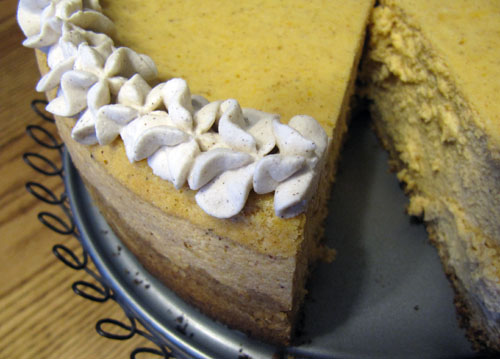 My mom loves cheesecake, so I figured she’d be the perfect lady to hang out with and bake my first real one. I mean, I’ve made mini’s before and cupcakes before, but this was the real deal … 2 pounds of cream cheese, baked in a 9″ springform; REAL. 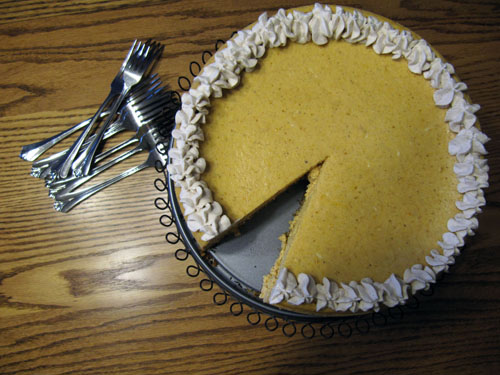 My mom and I made this first thing Wednesday morning. I wanted this out of the way so I could spend the rest of the time crossing my fingers that it’d be dreamy. We wanted it in the fridge chillin’. We wanted it to have plenty of time to firm up.

And you know what? It was tasty! I was thankful for that. So next time your dreaming about pumpkin and want to get jiggy with a cheesecake, this is just the treat for you. But make sure to have lots of people over because it’s the kind of thing you might want to sneak in the middle of the night. I won’t judge you if you do, though. 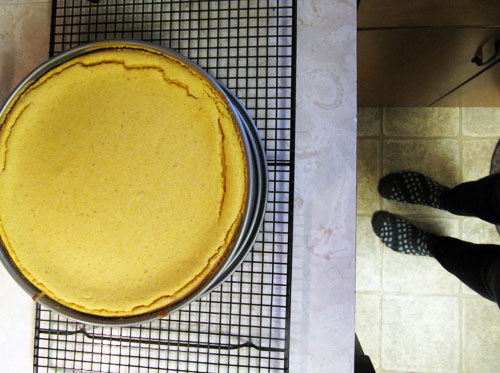 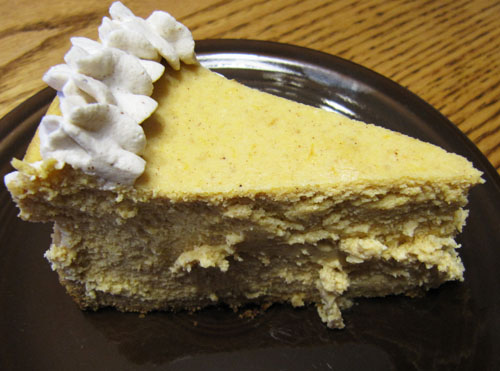 My mom likes to paint her walls the color of this cheesecake.

* If you don’t have maple flavoring, then just add more maple syrup or just drizzle maple syrup over the sweetened whipped cream when serving. 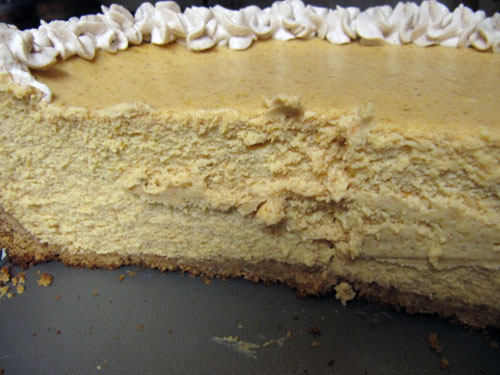 This is the middle. I want to take a bite out if it.