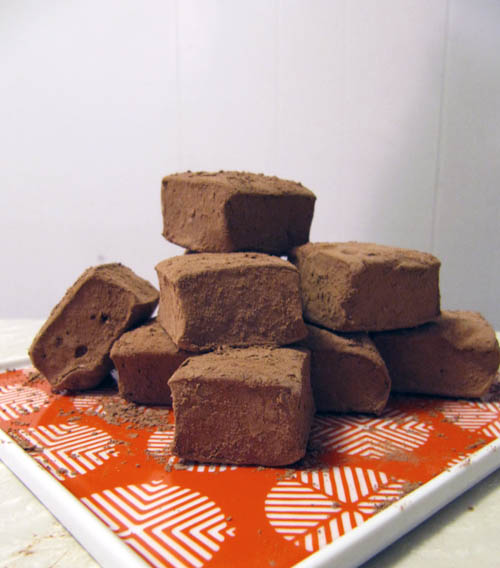 The only time I look tan is when I get cocoa powder all over my arms. I looked pretty tan this morning, just saying.

I made marshmallows before. Those guys were lighter and fluffier and more delicate, due to the egg whites involved. These ones are super rich and chocolaty. They are sturdier and would probably stay on a skewer if you wanted to serve them that way. I think it’d look cute, for real. 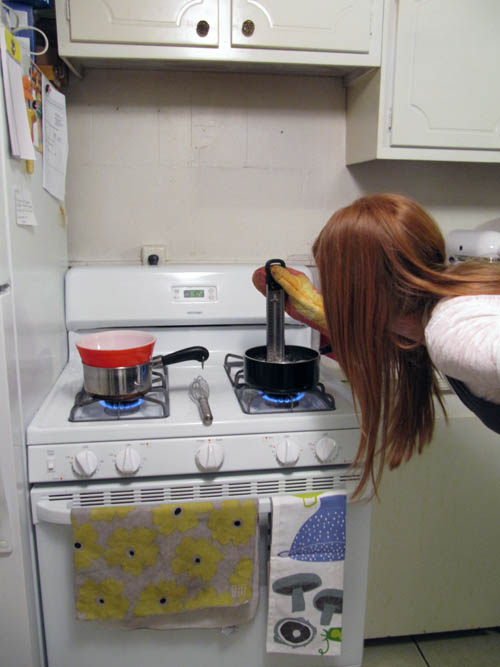 My mom and I had to take turns holding the candy thermometer in the syrup. You see, the pot I used was just too wide for the shallow syrup initially, and so the end wasn’t submerged when clipped to the side. Ridiculous, right? I didn’t really mind though. 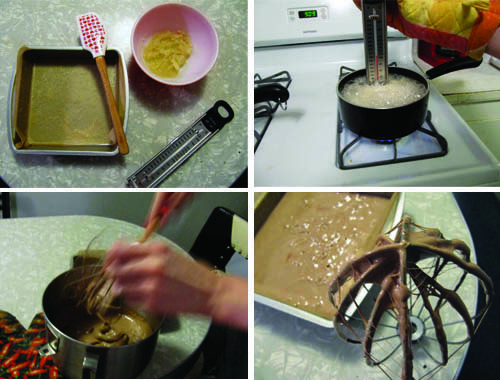 The marshmallow wanted to live in the mixing bowl permanently. We had to inform it that it was just there for a visit when we poured it into the square dish. We got most of it in there too! We opted to stop after awhile though to avoid being stuck in a tangled marshmallow mess.

These are some dreamy marshmallows. The Dutch cocoa makes these guys so rich and tasty. And they are chocolatey without being too sweet. They are even good in coffee! 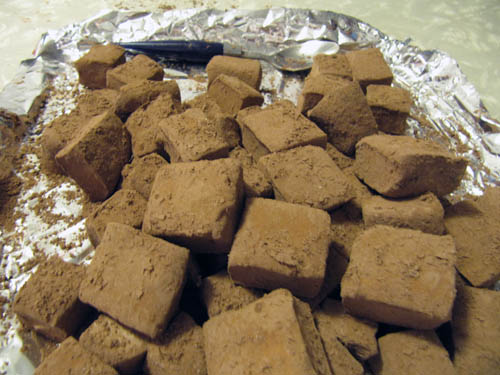 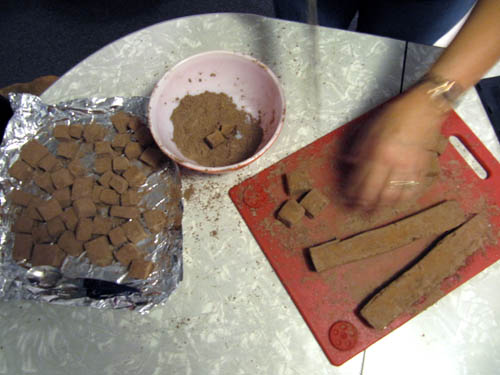 That’s my mom’s speedy cutting. That’s Elliot’s ear over on the left,
and I was the one tossing them in the cocoa mixture.