Last night when I got home from work I found that my internet and cable had left on a vacation! They didn’t even leave a note, but instead just took off like the free spirits they are. So I gathered up my Sex & the City dvds, one stick of butter and my dinosaur sprinkles to make these cupcakes for the holiday known as Friday. 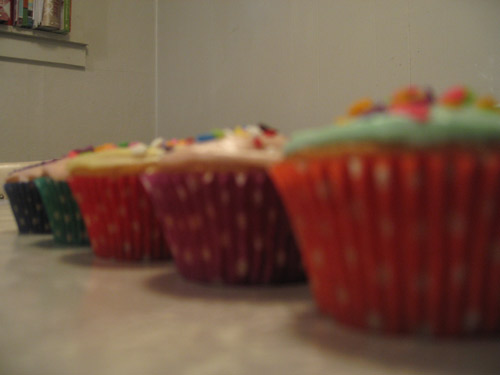 AND my mom gave me some pretty polka dotted cupcake liners, which were dying to be used. What fashionable cupcakes! 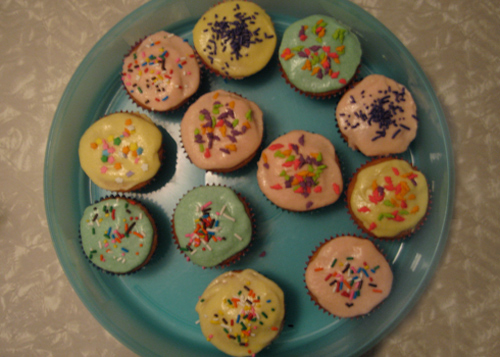 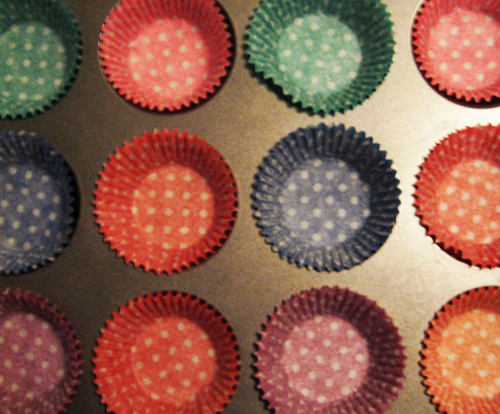 P. S. I put an ad in the Friends of Joy section on Joy the Baker’s website!
It’ll be up for a week, starting yesterday!

Then on Twitter I got this little surprise which made me blush at my computer, for real.

So there you go. That’s what’s up. I’m feeling good. How are YOU doing?