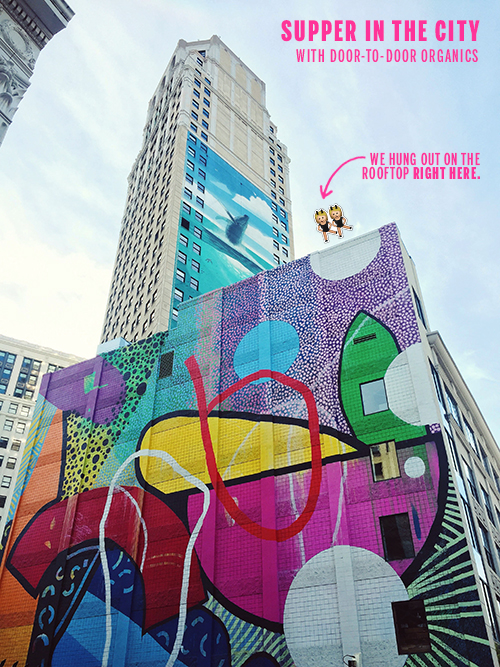 Can you believe I was lucky enough to be invited to a rooftop party in Detroit with Door-to-Door Organics?! I brought my friend Katie who appreciates cocktails and cheese as much as I do. She’s cooler though because she can whiskey it up. 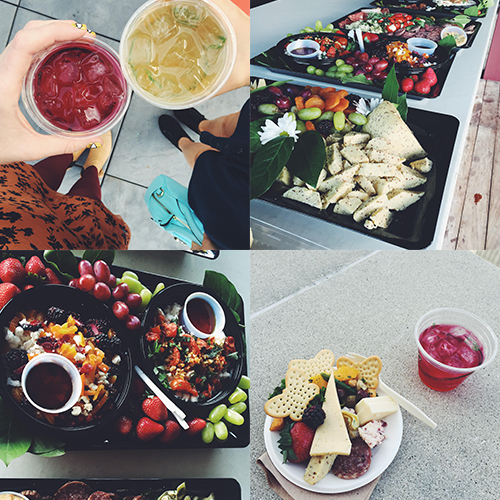 I had a beet and carrot juice vodka cocktail and she had a ginger and whiskey situation. We were a couple of the first in line for appetizers. I’m pretty good at filling up a tiny plate, and picking only cute crackers. 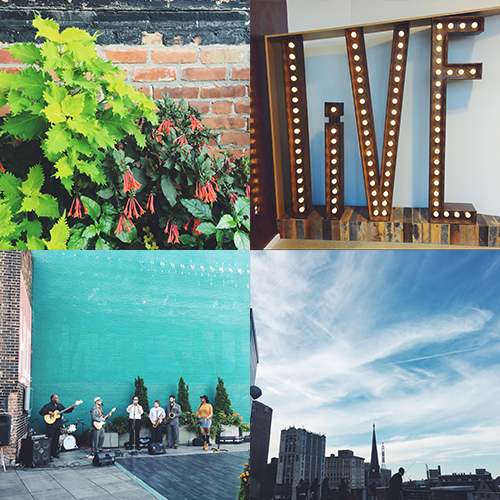 The party began and ended on the rooftop of the Madison Building where the view was a dream. Definitely need to make it back up to that rooftop again! 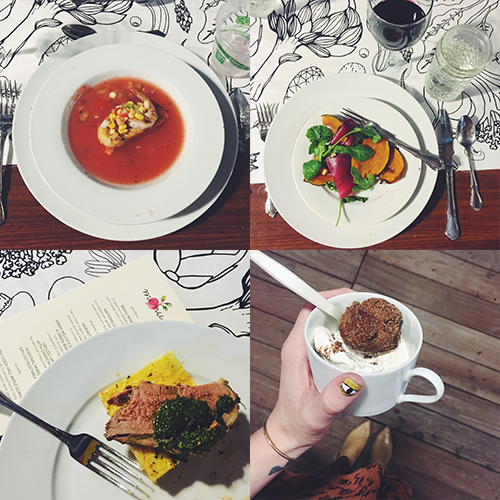 And dinner was ridiculously good. Started out with spicy Watermelon gazpacho served with a bb crostini topped with a shrimp. We loved it so much that we were kinda mad when some guests didn’t finish it! When soup’s that good, you don’t bother being modest with gobbling it. The harvest salad to follow was equally great. It was kobacha squash, pickled beet, candied pecans and smoked cheddar in tiny cubes. After one bite, I googled kobacha squash because I think I’m engaged to it based on how dreamy it was. The main course was perfectly cooked lamb topping a polenta cake and topped with chimichurri. Polenta is my bff. And dessert, you guys! Dessert was made-to-order cider mill donuts topping vanilla ice cream. So basically it was the most fun, delicious night!

Thanks for having me, guys!

1 thought on “Super in the City / Door-to-Door Organics”