These cupcakes are a honey graham delight, topped with chocolate ganache and then twirly swirled with marshmallow frosting. They’re so downright fantastic they’re wrong.

But if these cupcakes are wrong, I don’t want to be right. 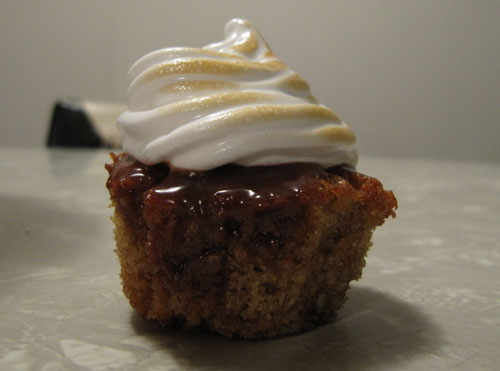 These cupcakes are a bit messy, but Jake says it’s how they are supposed to be since real s’mores are messy. And Jake knows a thing or two about snacks and s’mores. 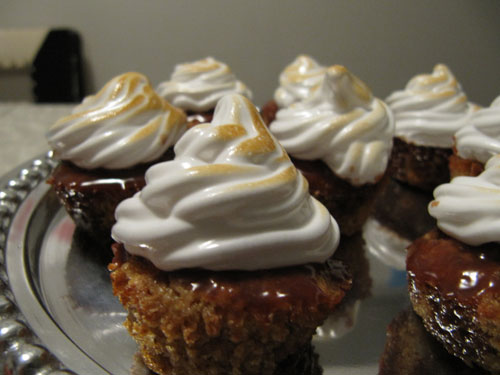 The halved recipe is below. 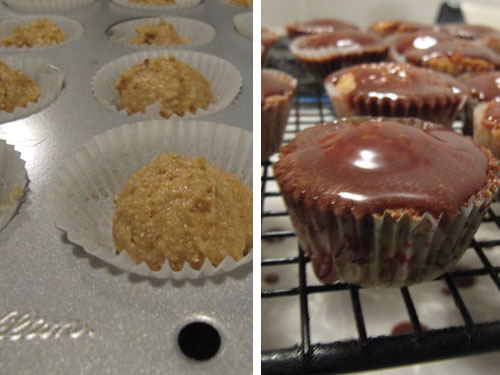 * I used milk chocolate, and it was very runny, so I’d recommend using the semisweet and allowing it to thicken and cool before topping the cupcakes. Maybe top with the marshmallow with a little milk chocolate wedge, if you’re feeling like getting hershey with it.

P.S. Use your handy kitchen torch to toast the marshmallow frosting. I was pretty excited to do this part!