I saw a guy eating nachos over the weekend. Then I saw that same guy dunking tortilla chips in ketchup instead of nacho cheese. Ketchup people? That’s just gross.

These cupcakes, on the other hand, are the opposite of gross. Even people who think bananas are gross, love these. At least one lovely banana-hater that I know, sure loved her cupcake despite the whole banana-hating thing. 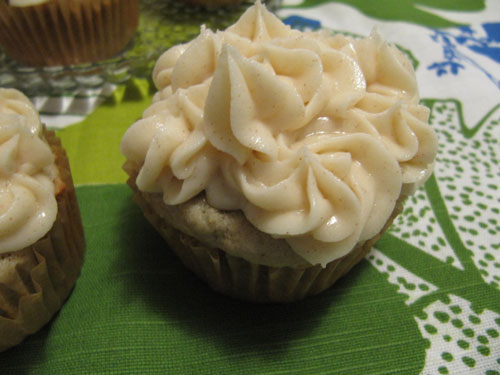 So it turns out the art director I’ve been working with is moving on, and her last day of work was yesterday. She’s the kind of girl who loves banana everything … banana cream pie, banana boats, a pancake loving nannerpuss and roasted banana cupcakes. So there you go… So just for her, I made these cupcakes! 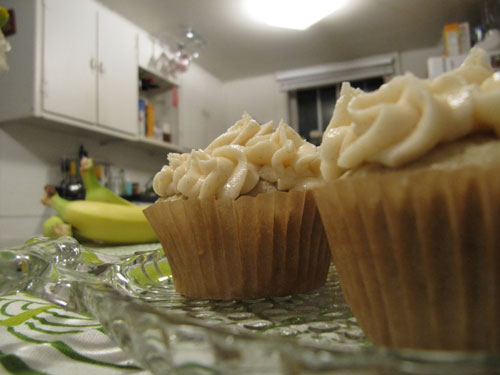 These cupcakes have a way of disappearing. You’ll take one bite, thinking you’re going to save the rest for later, but you’ll find yourself sitting there with a crumb covered cupcake paper and a sheepish face. It’ll happen… Don’t say I didn’t warn you. 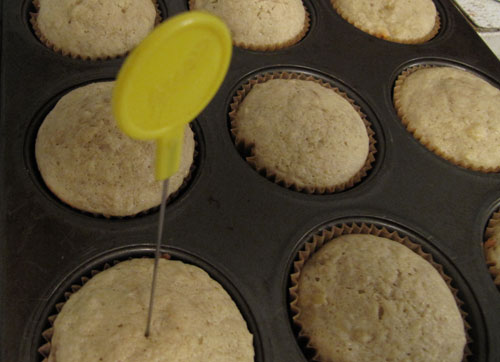 Roasted Banana Cupcakes
Recipes for both cupcakes and frosting from: Martha Stewart’s Cupcakes 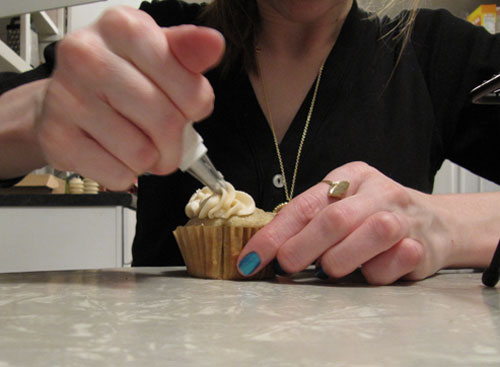