Did you know that maple syrup and cream cheese frosting are officially dating? There are actually rumors about an engagement ring being purchased by a tall dark and handsome bottle of Michigan maple syrup.

When I tasted the filling for these guys I wondered why I’ve never used maple syrup in cream cheese frosting before. Considering they go together in a magically delicious way that can only be described as true love. 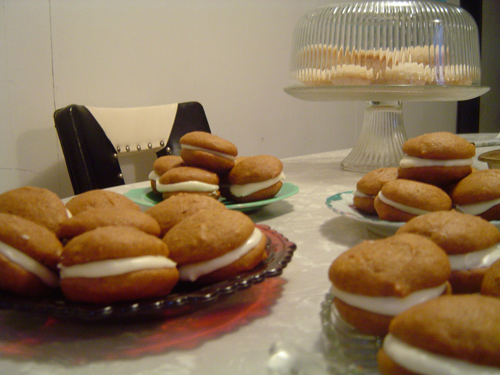 This is my third pumpkin delight of the week, but it’s the only one that turned out delightful. I told you about the mooshy squishy sad pumpkin blondies. On top of those, I also made bland pumpkin biscotti that were less delish after coffee dunking, somehow. But the goodness of these whoopie pies makes me not even care about all that pumpkin effort earlier in the week. 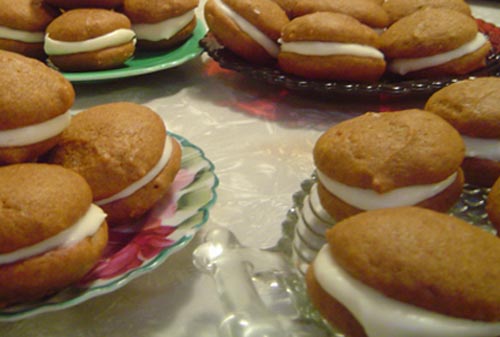 The pumpkin cookie parts are the perfect amount of spice and pumpkin. They are light and cakey in a way that can only be achieved when making whoopie. So arm yourself with a cookie scoop and go at it. OR go right ahead and make them using a muffin scoop/ice cream scoop and have yourself a delicious dessert sandwich. 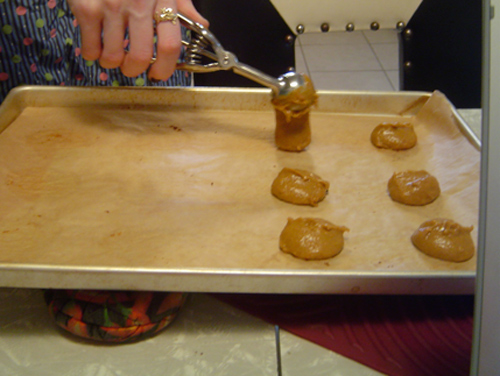 <3
P.S. See that cake stand in the first picture? Just some Donut Hole mini muffins for your brunching pleasure. If you haven’t make them, you probably should right after making these Pumpkin Whoopie Pies!