Last night I fried the dessert. 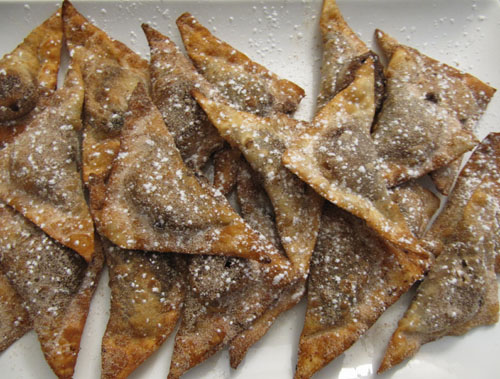 I assembled these at the table while Jake made dinner. It was a solid task to keep me out of the way while also being productive. I was also fighting the moonlight so I could get some pictures. (And yes, that was a Coyote Ugly reference.) 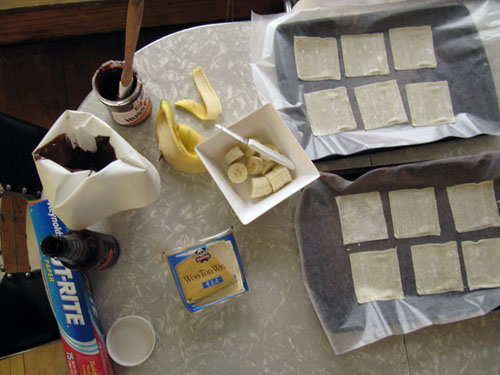 I used a piping bag for the Nutella, but feel free to use a sandwich bag or just a spoon or whatever. Basically, follow your heart.

Ok, ok. I used NussFit because the Nutella was out when the ingredients were purchased. True story. Nutella just rolls of the tongue way better. 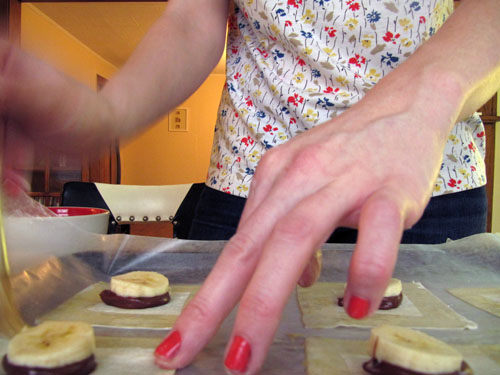 I used a pastry brush for the egg wash. I find that the brush is really cool about even coverage in a thoughtful way. 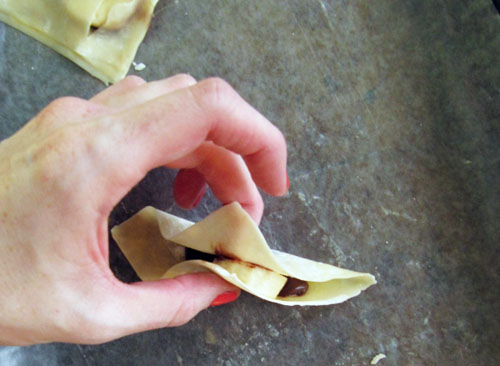 Sometimes the bananas bullied the wontons… There’s an example in the top left corner. So I realized that if I jostle the banana to the side when I fold these suckers then the wonton won’t bother breaking. 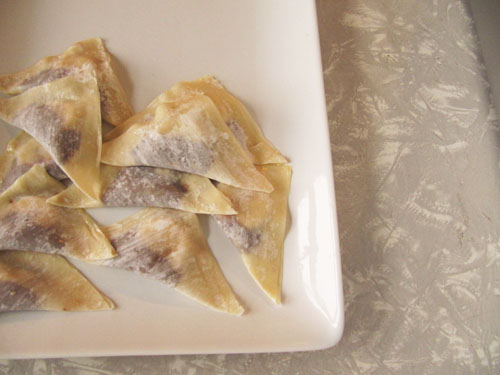 Aren’t these guys pretty in their pre-fried state? But let me tell you, nothing beats the melty chocolatey and hazelnut-y goodness post-frying.

I only made a half recipe of these guys (with a few casualties). But I can promise you this: I’m making these the next time I have people over because these were even better than I imagined. And rumor has it these are really pretty garnishing ice cream. 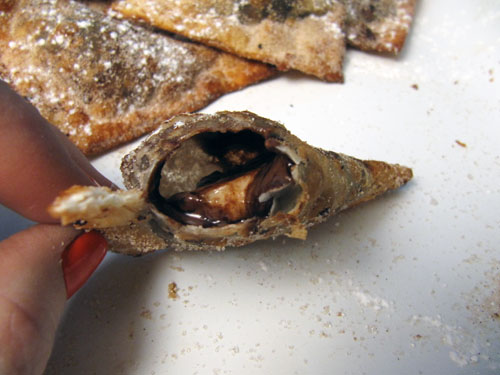 * You should be able to get 24 slices per banana. 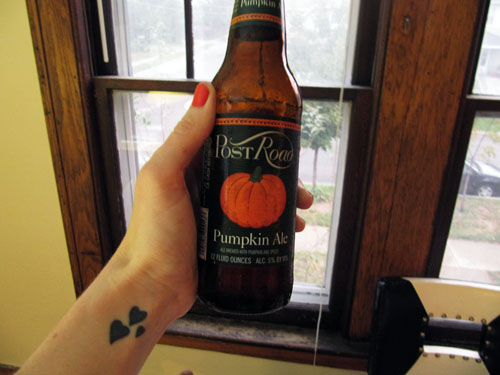 Sometimes Pumpkin Ale is the secret ingredient to success.

19 thoughts on “Nutella and Banana Wontons”