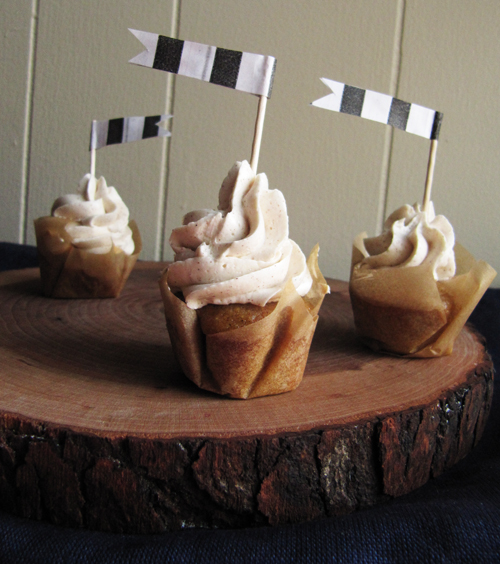 I ran out of mini muffin papers. So I just used small squares of parchment again. I think they worked out well as cupcake outfits. Even though it creates nooks for the cupcake batter to be ridiculous. 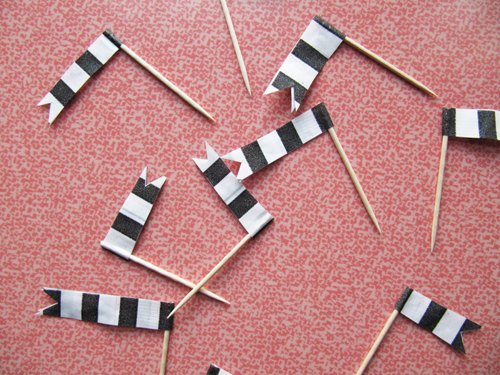 So make these! Pass them out to trick-or-treaters. Toss them in that pillow case! Except, don’t really do that because the frosting would get everywhere, and kids might cry.

I just love these cupcakes though! Heather, from Sprinkle Bakes, just really knows what’s up. 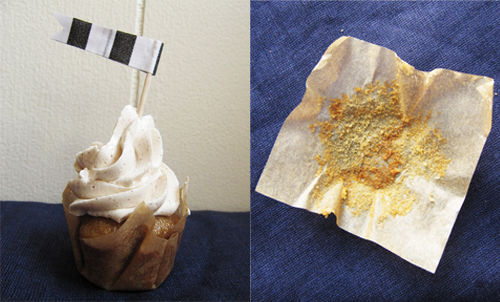 *Beat the second egg in a small bowl and divide in half. I eye-balled it, but feel free to use a scale to be exact. 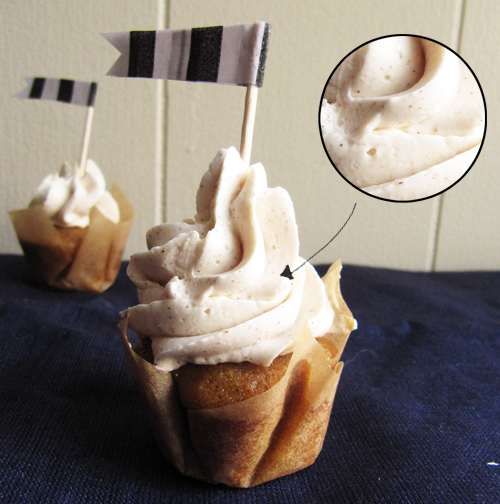 I’m almost as crazy about this frosting as I am about gelato. 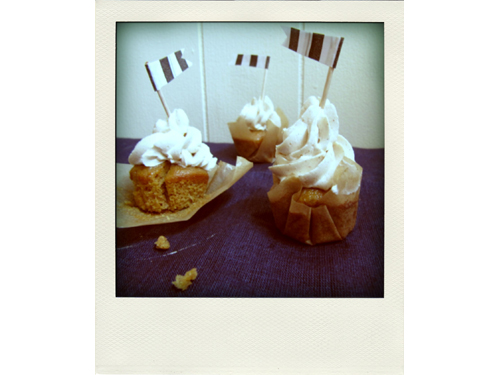 Have a crumby cupcake!