Jake makes dinner most nights during the week. Mondays are my night.

Generally, on my night, I’d rather nap and then go out for pizza. I’d rather sit in a tall booth with Third Eye Blind playing. 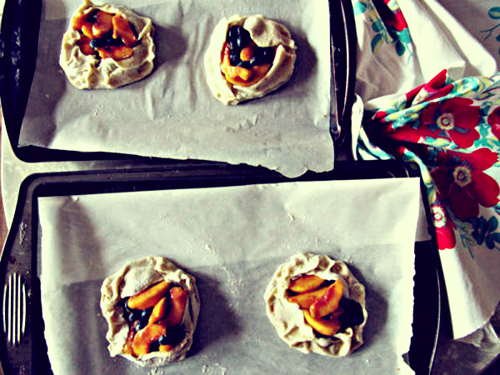 This last week I felt super motivated somehow! I made Tracy’s Vietnamese Noodle Salad (but with peanut-crusted chicken instead of tofu). I went to the grocery store on my lunch break and then again after work because I’m a total backtracker. I always forget something.

After dinner and dishes I rolled out the dough for these and baked them up. These are pretty quick to put together if you whip up the galette dough before dinner.

These are rustic and imperfect. They are casually delicious, aren’t ever pretentious, and are filled with summer.

But mostly, these are sized perfectly to share, and boys like them. And what’s better than splitting a dessert with a hottie? 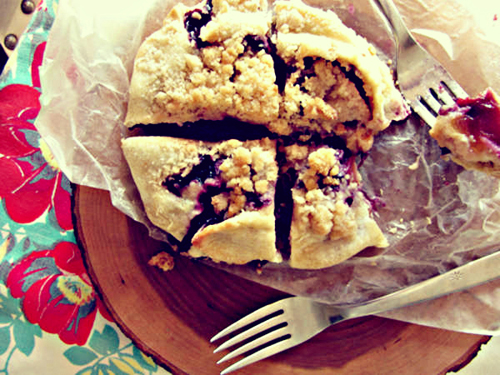 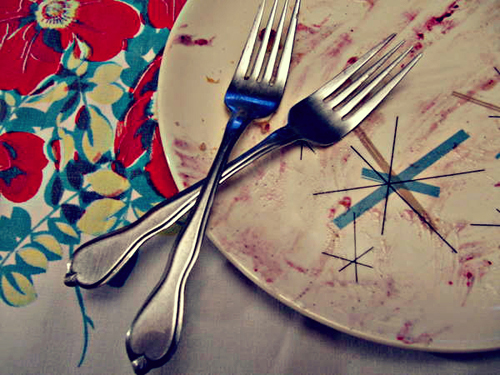 I’ll meet you in the middle.