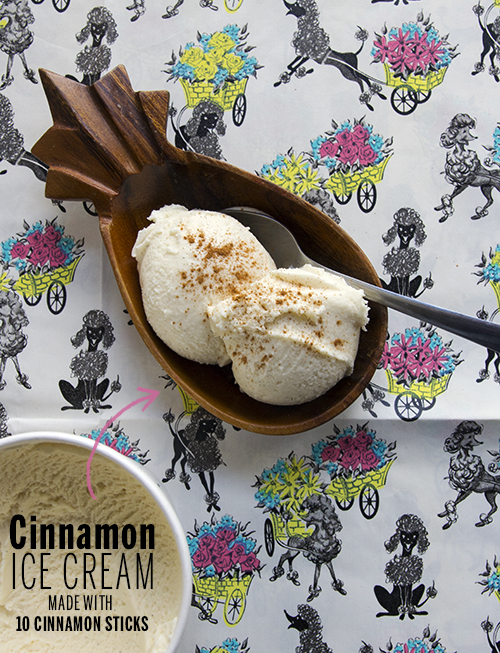 What’s been up, guys? Here’s some stuff that’s been going on. (Warning: this stuff is REAL crazy.) So, my mom bought me a mum plant. It was only a week before I realized it was missing! And by missing, I mean it blew off the porch and had dried out to a tumbleweed. (Sorry, mom!) I’m the worst at plants. AND then, I might’ve made Lemon Lentil Soup for a casual Monday dinner and forgot dill AND a potato like a real soup amateur. Without dill, that soup’s a snooze-fest. BUT despite my terrible plant care and my lack of grocery list skills, I know a thing or two about dessert on a weekday, maybe. 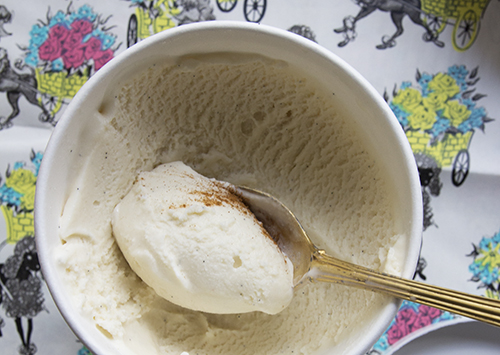 And I know that this ice cream tastes like cinnamon like whoa. It tastes like a dream topping a mini Crumb Apple Pie for two. So do yourself and your bf a favor and make this ice cream, and then make mini pies, and then serve it up after lentil soup on a Monday while drinking a bunch of beers. 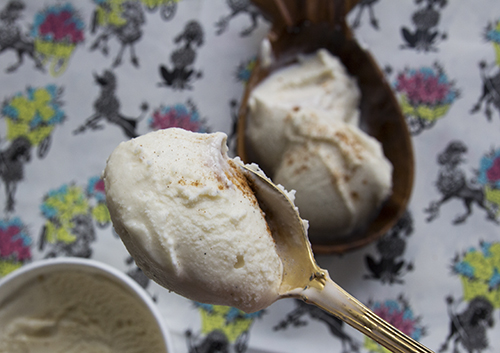 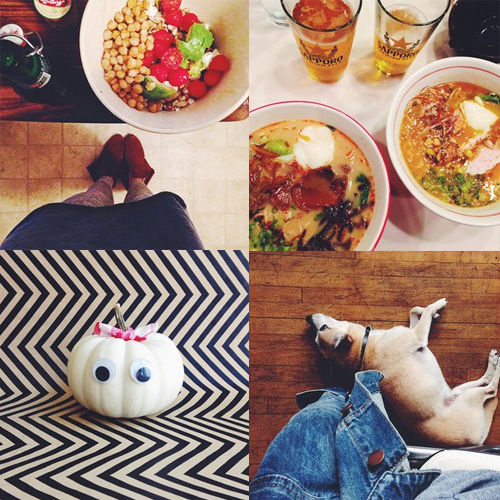